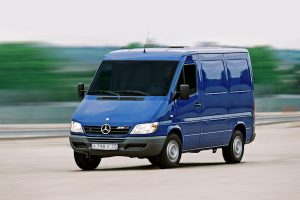 A parts shortage believed to stem from US sanctions has forced Daimler to temporarily halt assembly of Mercedes-Benz Sprinter vans at the Gaz plant in Nizhniy Novgorod, Russia.

Citing several sources, Russian news outlet Kommersant suggested the parts shortage could be the result of US sanctions against companies owned or controlled by Russian oligarch, Oleg Deripaska, which include Gaz Group.

Daimler is reported to be looking for new sources for several components, although neither the German carmaker nor Gaz would disclose which ones. The problem affects the Sprinter Classic model.

Daimler started assembling Mercedes-Benz Sprinter Classics at the plant in Nizhniy Novgorod in 2013. The investment involved was €190m ($217.5m). Annual output was set at 25,000 vehicles but that figure has been never reached. In 2018, overall production reached 5,100 vehicles, down 3% on the same period the previous year.

Daimler had earlier reported a localisation level for the Mercedes-Benz Sprinter Classic of above 50% and said the model had export potential as the German carmaker was already selling it outside Russia, including in Belarus and Armenia.

Russian automotive industry sources told Kommersant that several components suppliers had started declining to sell parts to Gaz in anticipation of the US sanctions. It is believed this could have been happening since June 2018, at which point sanction rhetoric was especially strong, but that the assembly line managed to maintain output for several months on existing stocks.

It is likely that tier one suppliers to Mercedes-Benz in Russia may “play it safe” and halt supplies to avoid the threat of secondary sanctions from the US, according to Alexey Kalachev, analyst at Russian consultancy AO Finam.

If the production freeze is indeed the result of sanctions against Gaz, then the assembly line will not be able to resume production until March, Kalachev suggested.

Daimler has not commented, confirming only that assembly of the Mercedes-Benz Sprinter Classic had stopped and that all affected workers were on paid leave for the time being. Daimler added that it was hoping to resume production “as soon as possible”. Gaz Group had not commented at the time of writing.

In the meantime, however, Daimler continues engine production at the Yaroslavl plant, which also belongs to Gaz.