Mexico conference: Logistics is the key to cope with the country's growth 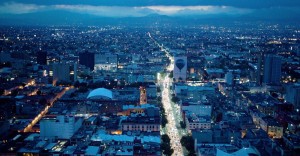 By 2020, Mexico’s output is expected to grow by more than 2m cars to more than 5m units, or 60% compared to current production figures, according to Eduardo Solis, president of AMIA (the Mexican Association of Automotive Industry), who spoke at the 2016 Automotive Logistics Mexico conference in Mexico City, which is taking place this week. But Solis warned that logistics would be critical to Mexico achieving these figures.

Logistics is obviously important because of Mexico’s high rate of exports, which represent around 83% of vehicle production, primarily to the US. Automotive industry exports now represent more than all oil products exports, income from remittances sent back to Mexico from abroad, and tourism income combined.

Solis said that the three main issues discussed in AMIA meetings, which represent senior leaders from across the entire Mexican automotive industry, are generating skilled labour, logistics, and strengthening the supply chain further. With 15 automotive assembly plants operating in Mexico during 2015, and at least five more announced – Audi, Kia, Infiniti-Mercedes-Benz, Toyota and BMW. So even more labour will be required before the end of the decade.

“As soon as a plant opens they need 3,000 people to start manufacturing. Audi had 450 people in Germany being trained, but Audi will require 3,500 for plant assembly,” Solis said. To ensure OEM investments are worth it, labour has to be world-class. 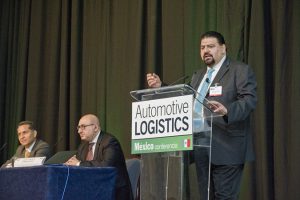 To improve automotive logistics in Mexico, Solis explained that the railways, customs, ports and airports need investment and development. While there is no doubt that considerable sums of both government and private money will be required, he pointed to some areas that may be more about coordination than money. For example, at the port of Veracruz, the country’s largest port, nothing is imported or exported between 8-10am every morning. Rather than trying to handle finished vehicles during these times, companies wait until 10am when everyone else starts and the port is at its busiest. Solis said he had spoken to carmakers and logistics providers, and was told that there was not sufficient lighting during that time.

“Do you understand that? I cannot. You take it for granted that there will be lighting. Surely this is an easy opportunity for a Mexican electric company?” he said. “If we worked together, I’m sure we could address this and other issues.”

Overall, logistics in Mexico must become more streamlined, if the country is to reach its expected growth targets, said Solis. “Everything has to do with being more efficient. Don’t take this the wrong way, I’m not saying that we have a huge problem. But we have to pay more attention and work together if we are going to reach 2020 safely,” Solis concluded.

A video recording of Eduardo Solis’s presentation, along with the rest of the conference, is available here.

A full report and links to other coverage of Automotive Logistics Mexico.