Mexico hopes for a smoother road ahead 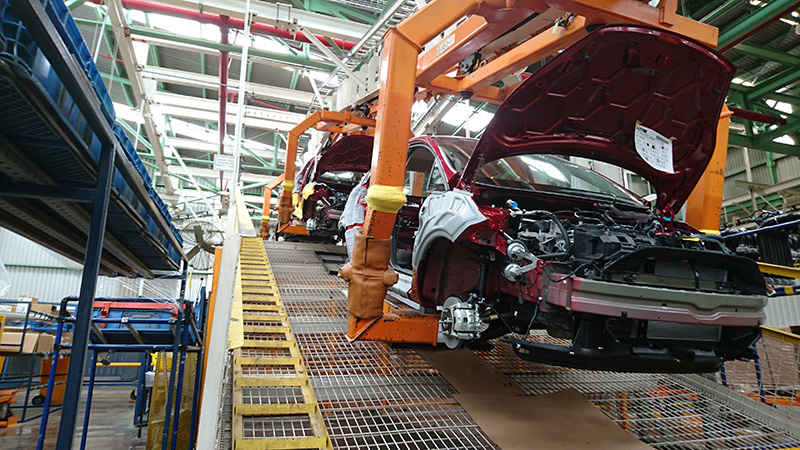 After much uncertainty around trade talks between Mexico and the US and the former’s presidential election, Mexico’s economic and political conditions now seem clearer, leaving OEMs and LSPs in the country more optimistic about the future.

Mexico, which is the world’s fourth biggest vehicle exporter, has enjoyed strong levels of exports in recent years, especially to the US, and rising growth in demand at home. Last year, however, the variables changed due to the North American Free Trade Agreement (Nafta) renegotiation, uncertainty about commercial rules in North America, exchange rate volatility, higher prices for new cars, and tighter credit.

Mexico produced 2.6m cars between January and August this year, virtually unchanged from the same period in 2017. With some key uncertainties, such as the bilateral trade talks with the US and its own presidential election, now essentially resolved, the country’s automotive sector is hoping to avoid a bumpy road ahead and aims to reach total annual production of 5m cars by 2020, compared to around 3.9m units last year.

In August, the US and Mexico signed a bilateral trade agreement that appeared to ease the trade-related concerns between the two countries, but also raised questions about the position of Canada. As part of the agreement, Mexico and the US hammered out a new deal requiring 75% of car parts to be produced in the region (from 62.5% currently), and stipulating that 40-45% of auto content be made by workers earning at least $16 an hour. That’s equivalent to about 308 Mexican pesos – or three and a half times Mexico’s daily minimum wage of 88 pesos.

“Some production could shift to the US in the short term, while production in medium and long term should return to the plants that are automated and more productive,” commentsAntonio Fondevilla, executive vice-president for the global automotive sector at Ceva Logistics, which provides supply chain support for the automotive sector across Mexico and Central America.

According to Fondevilla, that’s because less than 0.5% of the Mexican workforce earns the equivalent of $16/hour and a significant improvement would be necessary in automation, productivity and logistics to reach those kind of salaries, he says.

The salary target should encourage Mexico to invest more in R&D and engineering to justify higher pay to reach the new wage requirement, he continues. “This was an area in which Mexico was not investing and it could mean that opportunities in development will arise as well as more potential tier one investment in the area,” he comments.

VW de México spokeswoman Consuelo Minutti says the preliminary agreement should be welcomed, but points out that the specifics are still unclear. VW will be conducting a very careful examination of the full details when they are disclosed, she notes.

Wait and seePresident-elect Andrés Manuel López Obrador, who will take office on December 1, won the presidential election at the start of July with over 50% of the popular vote in a landmark break with the centre-right National Action Party (PAN) and ruling Institutional Revolutionary Party (PRI) that have governed for nearly a century.

[mpu_ad]Ceva’s Fondevilla says this will be disruptive. The automotive sector in Mexico is lobbying Obrador to focus on security for vehicles and automotive parts transport within Mexico, as crime has spiralled across the country to become a major political issue. In addition, Mexico needs to improve the public registration of vehicles to have an updated platform for statistics about sales, especially those involving US-Mexican trade, he says.

Fondevilla adds that economic development will depend largely on the ability to build the capacity for port traffic as well as intermodal and truck flows. Despite plans being in the implementation phase for expanded airport operations, Mexico sorely lacks maritime, intermodal and ground infrastructure, he says.

Fondevilla also complains about a lack of connectivity between the points of production, ports and borders that has impacted on the sector’s operating costs, leaving logistics accounting for about 12% of the cost of a car, compared to 6-7% in the US.

Kia builds the Forte, a compact sedan, in Mexico as well as small cars such as the Rio and Accent. Because it manufactures vehicles in two of the most active segments of the market – compacts and subcompacts – there is solid and growing demand every year, according to Aguilera.

Kia’s plant is located in a 499-hectare area, equivalent to 700 football fields, in the north of Mexico in Nuevo León state, and exports cars worldwide. Its facility is surrounded by its main tier one suppliers from Hyundai Motor Group, such as Hyundai Mobis, WIA and Powertech.

Other OEMs, too, are looking at growth in Mexico and abroad. According to VW’s Minutti, for example, Volkswagen is strengthening its “model offensive” in the area.

Volkswagen de México operates two plants in Mexico: Puebla (for vehicles) and Silao (for engines). The Puebla plant is the second biggest VW factory outside of Europe, with a production capacity of 2,500 units a day, and last December began production of the seventh generation of Jetta for the North and Latin American markets. 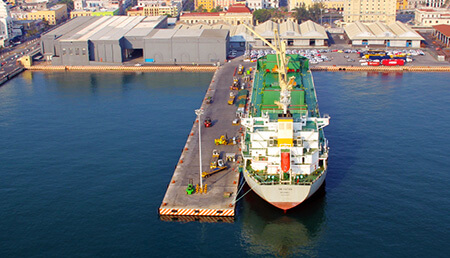 Tomasz Lis, a specialist on Latin America for Höegh Autoliners, says the vehicle shipper carried out more than 140 port calls in Mexico last year, handling over 300,000 units. Höegh operates in the two largest vehicle-handling ports in Mexico, being the largest ro-ro operator at Veracruz (pictured) and a major player in Altamira.

“Our volume forecast for the rest of the year is somewhat lower than expected, but it should still come in higher than last year,” he says.

Lis, who has recently switched roles from Latin America to handle Höegh’s European sales, says improvements are mainly needed at Veracruz, the busiest ro-ro port. Improvements are not always about infrastructure per se, he says, but often relate to safe transport by land, which is heavily affected by theft and vandalism.

While some ports do need better safety measures, such as Altamira and Lazaro Cardenas, the worst bottlenecks occur in landside logistics and at port terminals, he adds. Therefore, Höegh has invested in off-port storage in Veracruz with shuttle services and PDI.

“This is an area we will continue to fine-tune in order to create supply chain efficiencies for our customers,” he comments.

The changing shape of the automotive market in Mexico will be central to the debate at the forthcoming Automotive Logistics Mexico conference, taking place in Mexico City in January.