Mexico to develop port of Cuyutlán for automotive traffic 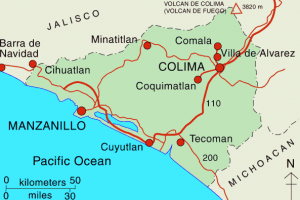 The government of the state of Colima, in Mexico, has announced plans to develop the port of Cuyutlán, which lies adjacent to the port of Manzanillo, in an effort to cater for a predicted increase in automotive imports and exports in the run-up to 2020.

Both the state governor, Ignacio Peralta, and Eduardo Solís, president of the Mexican Automotive Industry Association (AMIA), have said any new investment there would have to be made in collaboration with the private sector.

“Colima wants to be a part of the development of this industry and its development implies the need for growth in the volume of cargo expected in the next few years,” said Peralta.

The anticipated upturn in traffic to and from Mexico, he added, would allow the authorities to build a new generation facility there that could cope with higher throughputs and bring down costs for port users.

Developments there will include a specialist terminal for handling finished vehicles and an area for undertaking tests on vehicles, he added.

All the main vehicle manufacturers already use the nearby port of Manzanillo, noted Peralta. During 2015, the port enjoyed a 12% rise in the total number of vehicles passing though it thanks to a 50% surge in imports. "We want to be an ally of that growth and, in that sense, the automotive industry in Mexico will continue to grow with the port of Manzanillo as partner," said Peralta.

The port of Cuyutlán has excellent growth potential, with a series of large lagoons and potential capacity up to 15 times greater than the port of Manzanillo, he said.

Currently, the port of Cuyutlán is home to a natural gas terminal, following an investment dating back to 2004. Studies will now be undertaken to ascertain just what level of additional investment is needed to create a state-of-the-art finished vehicles terminal in the area, however.

It’s not yet clear how any private sector investment will be structured. “We are looking at creating instruments that would allow investment to be made as the port authority or via another mechanism that implies private sector participation, given that the projects would be profitable,” said Peralta.