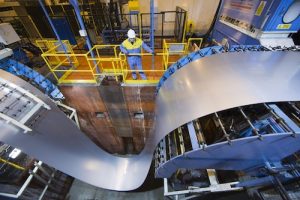 India, Japan, the US and the UK are among those that seem to be adopting more protectionist measures in their international relations, and even the EU appears to be getting in on the act now… all of which seems likely to have some serious implications for international vehicle and parts supply chains

The ‘America first’ rhetoric of new US president Donald Trump has brought those risks sharply into focus, as was clear from many of the presentations at the recent Automotive Logistics Mexico conference in Mexico City. But President Trump is not alone.

India, for instance, is also turning more protectionist, while the government in traditionally open-trade Japan is contemplating making it easier for domestic industries to request anti-dumping tariffs. Even the liberal European Union (EU) is shoring up its trade defences.

The truth of the matter is that tariffs, and other forms of protectionism, have been a fact of life for decades and are perfectly legal as long as World Trade Organisation (WTO) regulations are followed – the intent of these being to ensure a domestic industry does not suffer from importers selling goods into its market below what is deemed fair value.

Cost increaseThe targets of resulting trade cases are usually raw materials and components – aluminium wheels, screws, molybdenum wire and various varieties of steel being among the automotive anti-dumping duties the European Commission has imposed in the past 12 months or, in the case of screws, let lapse.

Such duties will, of course, add to input costs, as John Kovacs, London-based senior economist at analyst Capital Economics, confirms: “An increase in tariffs can impact on the sourcing of parts due to increases in costs. In a world of integrated supply chains, this can have a large impact on a company’s logistics.”

Working to the automotive industry’s advantage, however, is the fact that a full anti-dumping investigation takes around 15 months, giving supply chain managers plenty of time to find alternative suppliers, even if this may entail buying at a higher price.

Such tariffs also add to the sales price of goods containing affected parts, stresses Kovacs. “The general conclusion is that the extent of cost pass-through, from a theoretical point of view, ranges from 50% to 100%, depending on whether the industry concerned is dominated by a single monopolist firm or is perfectly competitive,” he says.

Threat to NaftaNitty-gritty, product-specific anti-dumping trade cases aside, general tariffs have long existed, such as the EU’s 10% duty on cars from the US and the 2.5% levy the US imposes on vehicles from the EU. They were subject to negotiation under the Obama administration’s proposed Transatlantic Trade and Investment Partnership (TTIP).

The arrival of President Trump on the scene has changed all that. He does not want to pursue TTIP, and is also seeking to renegotiate the 23-year-old North American Free Trade Agreement (Nafta). His stated aim is to strike bilateral trade deals and bring manufacturing and jobs back to the US.

This has alarmed senior figures in the global auto industry, such as Matthias Wissmann, president of the German Association of the Automotive Industry (VDA), who last month warned that restrictions within Nafta would have a major adverse effect on the economy.

Wissmann highlighted that German carmakers have quadrupled US light vehicle production to 850,000 units in the past seven years, with more than half of those vehicles exported. German OEMs currently have around 33,000 people on their payrolls in their US plants, with German suppliers employing some 77,000 more.

“If the US introduced import duties or other trade barriers, it would be shooting itself in the foot in the long term because in times of globalisation and international value chains, good trade relations are decisively important for economic growth,” says Wissman. “One can only warn against the spreading worldwide tendencies toward protectionism which ultimately will only damage every single country, despite apparent short-term advantages.”

Protectionism and finished vehiclesThe German automotive body also has to confront challenges closer to home with the UK leaving the 28-country single market, disrupting intricate supply chains well established over many years. Just as in North America, where auto parts criss-cross the US-Mexican border several times before a vehicle is finished, the same happens between the UK and mainland Europe.

Despite the potential damage, Kovacs believes there is a high risk of more protectionism on finished vehicles.

“In the increasingly likely event of a hard Brexit, Britain would have to come to an agreement with the EU on tariffs on vehicles. It would be in the interests of the German car manufacturers not to impose tariffs on UK cars, because of the likelihood of reciprocal tariffs,” he says.

“Germany’s exports of cars to the UK were valued at $24.6 billion in 2015, whereas the UK’s car exports to Germany were valued at $2.5 billion. However, broader EU political imperatives may supersede these concerns,” he continues. “If so, and if Britain could not come to an alternative agreement, it would default to WTO trade terms. This allows for a tariff of 10% on motor vehicles.”

General and anti-dumping tariffs aside, the existence of non-trade barriers also hinders the free flow of goods around the world, adding to costs, complexity and the staff time required for supply chain management.

The US’s International Trade Administration (ITA) highlighted this in an April 2016 market assessment, noting: “One of the greatest challenges facing US auto parts’ exporters is the global regulatory environment. Lack of harmonisation, coherence and transparency of regulations and standards deeply affect the competitiveness of US vehicle and automotive parts manufacturers worldwide. Conforming to two different standards is costly and time-consuming.”

Most developing countries once had limited regulatory requirements, allowing American companies to export US-compliant vehicles and products to them relatively straightforwardly, said the ITA – but many are now making their requirements more stringent.

“[They] are frequently turning to sole acceptance of regulatory standards developed by the EU. Because of this, they are no longer allowing the sale of US-compliant products in their markets. It is ironic that many of the countries that are adopting EU standards have existing regulatory systems more similar to the US system,” stated the ITA, listing Chile, Colombia and Russia as good examples.