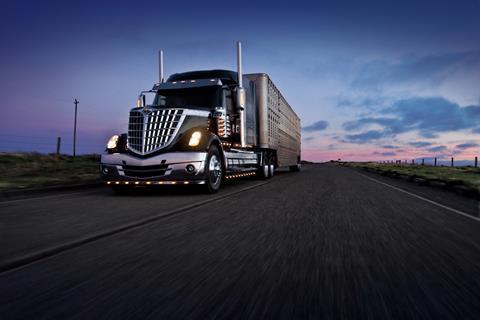 US truck and bus manufacturer Navistar International says it will build an assembly works in San Antonio, Texas, subject to finalisation of incentive packages.

The site’s attractions include it being on a “critical corridor” linking the company’s southern US and Mexican supply bases, which allows for “significant logistic improvements, resulting in lower cost and enhanced profitability,” the Illinois-based company said.

The plant will have the flexibility to build Class 6 (medium-duty) and Classes 7 and 8 heavy-duty trucks, which Navistar says complements its existing lorry assembly plants in Springfield (Ohio) and Escobedo (Mexico).

The San Antonio plant is expected to cost more than $250m to construct and will create around 600 jobs. The company intends to break ground later this year and anticipates production will begin approximately 24 months later.

The investment builds on Navistar’s plans to invest $125m in the engine plant at Huntsville (Alabama) to produce next-generation, big-bore powertrains developed as part of the alliance with Volkswagen subsidiary Traton.