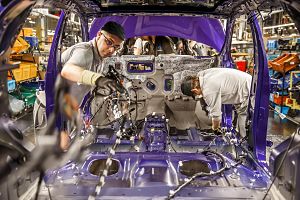 In a wide-ranging discussion with UK lawmakers, Nissan Europe’s head of supply chain spoke of the company’s preferred outcomes post-Brexit, as well as warning of the need to increase domestic supply

Colin Lawther, Nissan’s senior vice-president for manufacturing, supply chain management and purchasing in Europe warned UK lawmakers in London this week of an urgent need for government to increase funding for the local automotive supply base, or else face greater potential impacts from Brexit, while putting the future of the country’s automotive manufacturing industry at risk.

“Nissan will not succeed in the future, with or without Brexit, unless the government does something to help our supply chain,” he said in response to questions.

He called for government to do more to help grow the local supplier base for current UK car production, as well as for the expected rise of the electric and autonomous class of vehicles over the next decade and beyond.

“The UK supply base is not competitive globally and it is in danger of becoming not competitive from a technology view in the future,” Lawther told a parliamentary committee.

Lawther also highlighted the operational and financial risks that Nissan could face should tariff and custom barriers be introduced between the UK and EU – a market to which the company expects to export 60% of its 320,000 Sunderland-built Nissan Qashqai vehicles this year.

However, such tariffs might not eliminate entirely the reason to build cars in Sunderland, including its proximity to European customers and ability to provide customised, premium vehicles at lower inventory costs.

The Trade Committee had scheduled the hearing to examine the commitments made by the Government to Nissan last year, after which the company decided to invest further in its Sunderland plant, despite uncertainty following the referendum.

It was also set up to understand the “key factors that influence Nissan's long-term future in the UK and what contingencies the company has planned for operating under World Trade Organisation rules or any other circumstances”.

Securing the future through the supply chain

Increasing local supply content is a priority for Nissan in all circumstances. In some of the cars built at Nissan’s Sunderland facility, the local content percentage sourced locally in the UK in sterling sits at just 15% according to Lawther. That level leaves the company highly exposed both to fluctuations in currency – including the pound's drop against major currencies following the vote to leave the EU last June – as well as to any potential tariffs between the UK and EU post-Brexit for parts imported from the continent.

Nissan has ambitions to “strongly” increase local content. “From Nissan alone we’d like to spend £2 billion ($2.46 billion) more per year on parts from the UK, assembled in the UK, for Nissan,” he said. He also would like to see more lower tier parts suppliers – sources from which Nissan's direct suppliers would buy parts – develop in the UK. Lawther did not disclose the monetary amount that Nissan spends per year on UK suppliers currently.

To help reach this goal, Nissan is lobbying for a £100m government fund to help grow the supply base in the country, of which £40m would be required for Nissan’s needs. The Society of Motor Manufacturers and Traders (SMMT) has also been pushing for a similar £120m fund.

Lawther likened it to the Advanced Manufacturing Supply Chain Initiative (AMSCI), a former funding competition, run by the UKs department of business and designed to help major new suppliers to locate to the UK.

“We have enough suppliers interested in coming from overseas to the UK and suppliers who want to expand and consolidate their businesses,” said Lawther.

“My strong request is we should put £100m fund together quickly, maybe more if SMMT is right, to re-power the supply base for the whole of the automotive industry to be competitive and to give us the flexibility that in the end, under any circumstances we are in charge of our own destiny.”

Nissan has already been working with stakeholders on building an international advanced manufacturing park for local suppliers near its Sunderland plant. 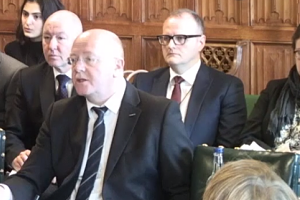 “If you look at the cost of a car, typically, it is 70% bought out parts, so the parts that go in the car denominate the value of the car. The manufacturing cost at Sunderland is 7% of the cost of the car, and then you have inbound and outbound logistics.”

Other carmakers in the UK have also been focusing on increasing domestic content. Jaguar Land Rover, for example, has identified sourcing potential worth billions of pounds, while increasing powertrain production in the UK. The carmaker's supply chain, however, still relies heavily on parts sourced in the EU.

Supercar maker McLaren recently announced the insourcing to the UK of the Monocage and Monocell carbon fibre chassis’ for its vehicles from 2020.

By doing this the company will increase the average percentage (by value) of a McLaren car sourced in the UK by around 8%, from its current average of around 50%.

Nissan’s Sunderland plant operates on a much larger scale than the 3,286 McLaren sold last year, producing around 500,000 units per year, or nearly one in three of all British cars.

Lawther said the facility uses about 5m parts everyday, producing two cars every minute, while only holding about half a day’s stock inside the plant itself.

“Supply base is a critical factor. I think it is one of the critical success factors and if we don’t as a country really invest in the supply base, my fear is it could be a house of cards effect,” added Lawther.

Regarding the potential exit from the European single market, Lawther played down any suggestion that it was an “apocalyptic moment” for the company. He did, however, acknowledge the significant financial and operational risks that any reduction in free trade between the UK and the rest of the EU would mean for the plant.

"We would have to look at the degrees of change and adjust our business to take into account whatever this new trading platform would be," he said.

Outside of tariffs, delays on the shipment of parts are also a major concern. To be considered a world-class plant, the Nissan executive said Sunderland requires a downtime efficiency of 97%, equating to about six minutes of downtime per day, anything more than that "is a disaster".

He said to ensure a clear flow through any customs barriers would require a “huge department” to ensure parts are coming in on time.

“It would be a big business disruption for us if we didn’t have free flow of parts.”

Lawther highlighted concerns voiced by suppliers in Europe of a potential tariff regime with the UK, indicating the need for a willingness on both sides to form some sort of sector specific agreement, as mooted by May in her speech.

“Supply base is a critical factor. I think it is one of the critical success factors and if we don’t as a country really invest in the supply base, my fear is it could be a house of cards effect.” - Colin Lawther, Nissan

Low levels of local sourcing could also prove dangerous for Nissan in the context of future trade deals. In a speech in January, prime minister Theresa May laid out the government’s negotiating position ahead of Brexit talks, including the UK's intention to leave the European single market and customs union – which allows tariff- and custom-free trade – while negotiating free trade agreements with the rest of the EU and other countries around the world.

Among the many technical consideration in future trade deals, local content in the UK could be important. 'Rules-of-origin' requirements would be likely to factor in any deals, including with the EU, explained Lawther, with a minimal level of local sourcing set for products to benefit from lower tariffs. Currently, unless UK content were to be counted with wider EU content, Nissan and other carmakers could struggle to meet requirements depending on the levels they are set.

Lawther did suggest, however, that Nissan could make adjustments even in the event of tariffs with Europe, and that they wouldn't necessarily spell ruin for Sunderland. The X-Trail SUV that Nissan recently announced would be built in the UK for Europe instead of Japan, for example, are currently imported into Europe from Asia with a 10% import duty.

While a clean break from the trading bloc could see a similar 10% WTO tariff placed on these cars from the UK, but the company would still achieve other gains, given the Sunderland plants proximity to the continent. These included the trend amongst carmakers of providing a high-level of customisation, which meant being able to source a variety of parts, quickly, as cars are built to customer specifications.

“We have done a lot of studies and building a car to customer order is much more profitable than building a stock car, putting it in the field and then trying to sell it with discounts later,” he said.

Lawther estimated that building Europe-bound cars in the UK versus Japan meant supply was at least at least three months closer to customers, which meant savings worth hundreds of millions of dollars.

"So we can build the car to customer order, we can customise the car, we can add value, increase our profits,” said Lawther, adding: “We don’t have six weeks of inventory sitting on the water, so our free cash improves by $250m.”

This savings, however, already exists in the UK's current trade arrangements within the EU, and so Brexit-related costs would deduct from the cost of doing business. To gain from Brexit, on the other hand, Nissan would likely have to increase exports beyond the EU compared to today. While a large majority go the EU, Sunderland already exports to a total of 130 countries.

Following the start of production of premium Infiniti models in Sunderland, last year the plant started exports to the US – for the first time in 30 years – and to China. Such exports make the prospect of a future free trade deal with the US more relevant to Nissan.

“We have opened up the export door from the UK to America, which is really quite interesting for us,” said Lawther. “Cars to America are premium cars. So if we were shipping very cheap cars to America it wouldn’t make sense.”

He said Nissan’s own plant in Smyrna Tennessee had already reached “super plant” status, capable of producing 600,000 cars per year, and was “completely full”.

“Nissan has to take a decision: invest in America or use spare capacity elsewhere in the world. So there is an opportunity for us.”

A video link of the full hearing is available here

The potential impact of electric vehicles (EVs) on the UK automotive supply chain could be “much more dangerous” than the current lag in local content, according to Colin Lawther, highlighting a lack of production capability, both locally and in Europe for parts related to this specific sector.

This included the elimination of the entire powertrain for these vehicles, which he said could put the UK’s internal combustion engine manufacturing industry at risk – an industry that produced 2.55m engines in 2016 and exported 55% of them.

It is estimated that EVs could make up to 50% of global production vehicles by 2030.

“So the UK needs to replace [the UK engine manufacturing industry] with something or lose the jobs. We need to replace it with EV technology, so that is batteries, motors, inverters and reducer gearboxes.”

This change in the supply base could also be another challenge in meeting eventual rules-of-origin requirements as part of a potential trade deals negotiated between the UK and other countries post Brexit.

“If you are importing 50% of the car, which is the EV powertrain, there is no way you are going to achieve rules of origin,” warned Lawther.