Nissan to cut output in Russia but plans to localise Qashqai 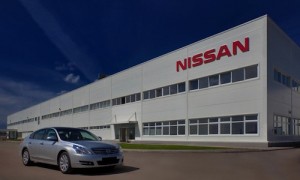 From the spring of 2016, Nissan has said it will almost halve production at its $200m plant in St Petersburg, Russia, moving from two shifts to one. The OEM is planning to cut 500 jobs, around a quarter of its total workforce there, and production of the Teana will stop. However, plans to localise Qashqai production could see volumes increase again as the market improves and the company has said that a recovery in the Russian economy could see a move back to two shifts.

Nissan is the latest in a line of carmakers struggling in the Russian market that have announced strategies designed to adapt to the economic downturn, including staff cuts. Last week Ford Sollers announced it was cutting production at its three plants in Russia.

“The management of the company told us about their problems,” said the chairman of the Inter-regional Trade Union of Autoworkers, Alexei Etmanov. “The company simply cannot stand to work in two shifts. But they will be looking for every opportunity to cut the fewest number of people."

"Like all other car brands, we are working in Russia in a very difficult economic environment,” he said. “Against this background, we decided to regulate the production prospects of a plant in St. Petersburg, which will not affect the high standards of the quality of our staff. Russia remains a key strategic market for Nissan, in which we implement our long-term plans for the increase of localisation, expansion of the geography of production, as well as to strengthen the position of Nissan.”

According to analysts, the decision by Nissan is connected with the serious drop in D-segment vehicle sales. As a result, the decrease of the production capacities will primarily affect the localisation of Teana. The company will stop the production of this model by spring of 2016.

The annual capacity of the St. Petersburg’s plant is 100,000 cars. According to the Association of European Business, Nissan sales in Russia in the first nine months of 2015 fell by 39.4% year-on-year to 69,312 vehicles.

Focus on new model
However, Nissan has also announced that it will not import the Qashqai from the UK and will instead launch assembly of volumes for Russia at the St. Petersburg plant, which first opened in 2009.

"This decision is a further step for the implementation of Nissan’s Russian strategy, which is designed to further localise its lineup,” a spokesperson for the company said. “The move will help the company to strengthen its offer in the range of crossovers and SUVs due to the localised production. Nissan’s St. Petersburg plant will make models of X-Trail, Pathfinder, Murano and Qashqai.”

The head of Nissan Manufacturing Rus, Alexei Mikhailov, added that the plant accounts for 70% of all the cars it sells in the country. “With the launching of Qashqai production this figure will rise to 90%,” he stated.

According to Michael Chaplygin, head of auto dealer SPb, by the end of the year Nissan’s St. Petersburg plant will produce between 25,000-30,000 units. However, in 2016, production of the Qashqai could account for 20,000 units of that output.

"Given the fact that the volume of production of Teana was small, next year the company may produce 45,000 cars,” he speculated. “If the group starts to export models in Europe, the production volume could exceed 50,000 cars."