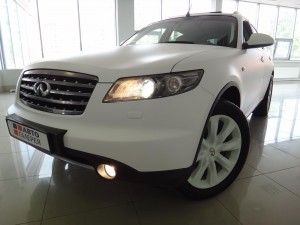 The carmaker will start importing finished vehicles of Infiniti models from Japan later this year as its plant in St Petersburg switches entirely to complete-knockdown assembly (CKD), partly as a means to access valuable Russian subsidies.

SKD assembly of the Infiniti model will stop in May this year when Nissan’s agreement ends with Russia’s Ministry of the Economy. According to analysts, the reason is linked to the Russian ministry’s decision to allow the company to receive state subsidies that were announced in January.

According to Mikhail Chaplygin, CEO of local dealer company Auto-Dealer-SPb, the Russian government approved large subsidies for automotive manufacturers in early 2014, with one of the conditions for obtaining that support being the absence of SKD capacities. Nissan will now transfer all its production enterprises to CKD assembly. Other foreign carmakers operating in the country are expected to follow suit.

"This condition applies to those companies that produce only part of their output with SKDs, so Nissan has certainly been considering the benefit of the production of Infiniti at the Russian plant,” said Chaplygin.

In January of this year, the federal government published rules for granting subsidies to Russian carmakers for the period between 2014-2016. The government intends to compensate costs incurred in the research and development departments, production and in "support warranties" for vehicles conforming to environmental Euro 4 and 5 standards. The total size of subsidies will be RUB 84.3 billion ($2.35 billion) in 2014, RUB 90.1 billion in 2015, and RUB 96.6 billion in 2016.

There are other explanations for the decision to stop SKD assembly of the Infiniti, including a decline sales market. According to the Association of European Businesses (AEB), in 2013 8,700 cars Infinitis were sold on the Russian market, 6% fewer than in 2012. Infiniti sales are expected to continue their decline in 2014.

Representatives of Nissan say that from the summer this year the company will be wholly importing Infiniti models from Japan and able to promise consumers that the market price of the cars will not rise, covering the import spend from its own pocket. According to Ivan Bonchev, managing partner of dealer EURussia, the announced step is likely to lead to higher prices for the Infiniti brand in the domestic market, given high transport and duties for transporting cars from the Far East.

Nissan is currently doubling its capacity at the St Petersburg plant to 100,000 units. Among the models that it plans to build at the plant are the Nissan Qashqai, although executives told Automotive Logistics earlier this year that the transfer won’t happen this year.