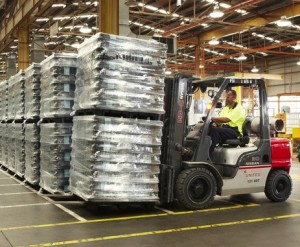 Nissan Australia has said it is unconcerned by the imminent shutdown of Australia’s last remaining vehicle manufacturing facilities and that its castings operation there will not be affected by the looming closure of the Ford, Toyota and GM-Holden plants.

Speaking to Automotive Logistics recently, Nissan Australia spokesman Peter Fadeyev said demand from its own factories and a number of specialist suppliers around the world for Nissan’s Australia-manufactured aluminium die-cast drivetrain and electric motor components continued to grow.

“The decisions made by Ford, GM-Holden and Toyota to cease assembling cars in Australia isn’t anticipated to have a major effect on Nissan’s Australia market performance with regard to sales or manufacturing,” he confirmed.

“Nissan Casting Australia produces and exports more than 2m components annually, making it one of Australia’s few OEM car companies; possibly the only one remaining in Australia once Ford, GM-Holden and Toyota cease their local manufacturing operations,” he added.

All of the drivetrain and electric motor components made at its Dandenong South, Melbourne facility (pictured) are exported to Nissan factories and specialist Nissan suppliers in Japan, North America, Thailand, the UK, South Korea and Mexico.

Automotive manufacturing in Australia is set to come to a close by next year. Two weeks before Christmas 2013, Holden announced it would close its Australian plants by 2017. Six months prior to Holden’s announcement, Ford had already said it would be shutting plants this year; and Toyota came out with its own plans to shut down two months later. It has been suggested that up to 200,000 jobs could go across the automotive industry.

Despite manufacturing closing down, the Australian market has been strong, up nearly 4% in 2015 to more than 1.15m units, surpassing its previous peak in 2013. Imports, which have dominated the Australian market for decades, will increase further and are likely to make up for the lost exports from local plants for most ports.

Other signs of automotive life will also remain in the country after the imminent OEM plant closures. Both Ford and Holden have design centres there that will remain and Toyota plans to consolidate its corporate functions to Melbourne by the end of 2017.

Although Nissan itself ceased vehicle assembly operations in Australia in 1992, it imports new vehicles there from Japan, Thailand, North America, India, and the UK. Vehicles arrive by sea at Brisbane, Sydney, Melbourne, Perth Adelaide, Darwin and occasionally Townsville, in the far north-east of the country, before onward rail and truck distribution.

Fadeyev said the OEM expected vehicle sales figures in the country to remain in line with national market growth, which has been incrementally positive over the last few years, with positive implications for logistics firms there. 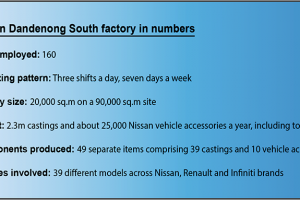 “The growth in new vehicle sales is sure to have given rise to positive business opportunities for automotive logistics companies because more cars being sold in Australia means more cars and their associated parts and accessories need to be moved, stored and delivered to various destinations,” he commented.