A recent trial undertaken by NYK Line has gone some way towards the realisation of the company’s goal of operating manned autonomous ships, which should ultimately result in safer operations and a reduction in crew workload. This technology is particularly needed on coastal shipping operations, where shipping lines are experiencing quite serious crew shortages. 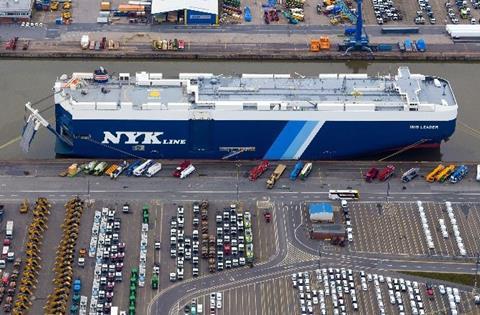 During round-the-clock operations, the vessel was navigated using the Sherpa System for Real ship (SSR) navigation system. The voyage, which was split into two parts, involved an initial transit from Xinsha (China) to Nagoya (Japan) between September 14-17, and then onto Yokohama (Japan), from September 19-20.

During this time, the crew performed typical duties during the navigations.

The main purpose of the trial was to see how SSR performed in actual sea conditions, with information collected on the environmental status around the vessel using existing navigational devices. Collision risk was calculated, while the automatically determined optimal routes, with safe and economical speeds continually monitored.

Such feedback had not been previously obtainable through onshore simulators, so NYK was able to use data and experience gained through this trial to ensure the feasibility of the SSR and assess its benefit for safe and optimal operations in the future. NYK is now analysing the data to continue to help it develop the SSR into a more advanced navigation-support system. In part, this will be achieved by comparing the difference between the optimal course derived by the on-board program and that experienced captains would have followed.

NYK has posted a video of the trial here