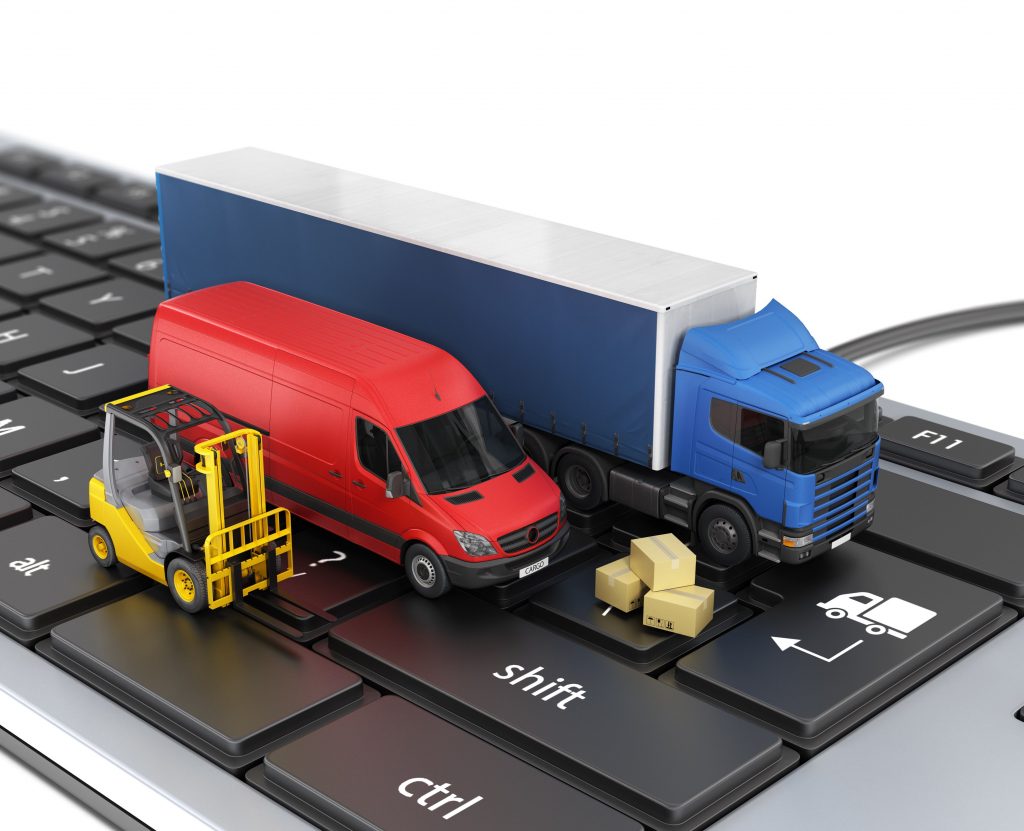 Online marketplaces have transformed the way consumers find, choose and buy many products and services. Could they realistically do the same for automotive logistics?

Disintermediation was one of the uglier words to emerge from the turn-of-the-century ‘dot com’ boom (and bust), but the idea was a compelling one: internet technologies would make it easier and cheaper for companies to connect directly with customers. Conventional sales channels, with their wasteful and expensive layers of distributors, wholesalers and retailers, would waste away.

That hasn’t happened. Online selling did, and still does, put pressure on conventional sales channels, but the internet has also bred a whole new type of intermediary, especially in recent years. Giant online marketplaces like eBay made it easier for customers to compare the offerings of numerous potential suppliers. New services, from Uber to Airbnb, have allowed people to find paying customers for their back seats or spare rooms. Search for a product on Amazon, and you’ll have the chance to buy from several different suppliers as well as the retail giant itself.

Should the world of business-to-business (B2B) services, including logistics, expect a similar transformation? According to market research company Frost and Sullivan, the global B2B e-commerce market will be worth more than $2 trillion by 2020, twice as much as its business-to-consumer equivalent. Alibaba, the Chinese marketplace that sells predominantly to businesses, is already bigger than Amazon and eBay combined.

Of course, the markets for complex services like those seen in automotive logistics are different from those involved in the supply of toys, books or simple industrial commodities. Prices are highly variable and the precise details of the services on offer matter intensely to both buyer and seller. Add in the complexity of operating across different geographies, markets and tax regimes, and there is no doubt that B2B e-commerce is much harder to do well. According to Frost and Sullivan, however, while that complexity “makes the successful design and implementation of a B2B e-commerce platform more difficult, it also dramatically increases the value of that system, as the problems solved are costly to address using conventional means.”

The quest to capture some of this value is driving a growing number of companies to develop online marketplaces for logistics services. One such is Transporeon, a German software company that has developed three such online platforms. Much of its offering is aimed at the everyday operational challenges of logistics, like improving the visibility of transport and assigning dock times to reduce downtime and simplify unloading activities. However, Transporeon also incorporates some important e-commerce features.

The core Transporeon product, for example, includes a transport assignment module that allows shippers to pick carriers for specific loads according to a variety of predetermined rules. The system can offer a load to a preferred carrier for shipment according to the agreed rates in its database, explains Will Young, the company’s UK and Ireland business development manager. It also offers a daily spot tendering facility with carriers submitting bids for specific loads. Further refinements include the ability to control the share of loads allocated to specific carriers, helping manufacturers to manage their relationships with a group of preferred suppliers.

Key markets for Transporeon include industries with “high volume, low margin” shipments, says Young, such as the retail and fast-moving-consumer goods sectors, as well as the automotive supply chain. The company says it has 55,000 carriers on its database, although Young emphasises that the “closed” nature of its individual customer networks means their transport requests are only offered to the subset of carriers they select. 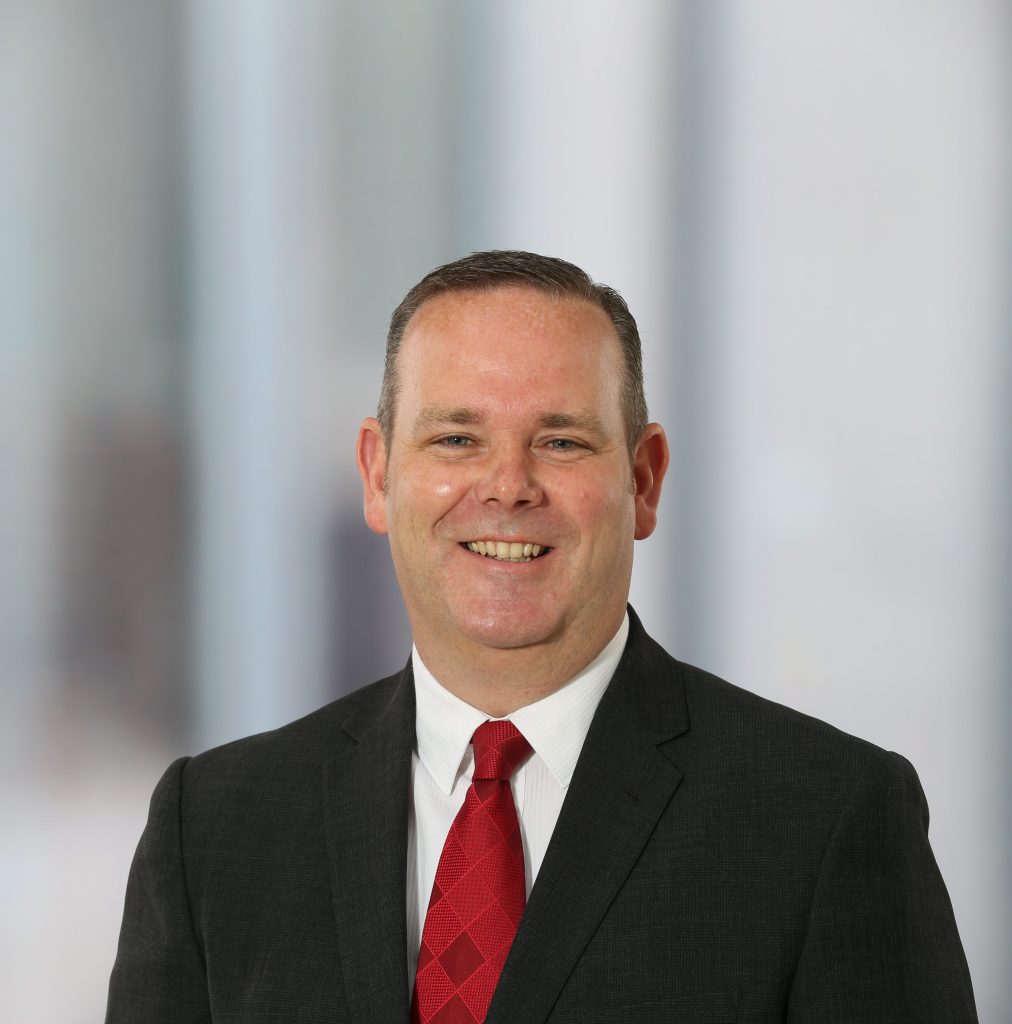 Speedily matching loads to available transport clearly has potential efficiency benefits, and Young claims that users of the service typically enjoy a 10% reduction in costs, while carriers cut their empty miles by 13%. A key benefit of the approach, he adds, is its ability to provide other options when a preferred carrier is unable to accept a particular load.

“When that happens, the system can automatically offer the load to a second-choice carrier,” he says. “It can give the shipper the option to manually reallocate the load, or let them use the ‘best carrier’ function to let alternative carriers tender for the job.”

The Transporeon Group’s Ticontract platform, meanwhile, is a web-based tendering platform of logistics services. It allows users to upload details of their freight requirements in a standard format to a pre-selected group of potential carriers. Those carriers can then submit their bids using the same system. Once a contract is agreed, the platform also has features to help carriers and shippers manage complex freight rate agreements and to automate billing.

Over the years, says Scott Stevenson, business development manager for the product in the UK, the tendering platform has evolved to handle many of the detailed considerations that companies now require in freight contracts. “That can include the equipment types they use, the emissions standards of their vehicles, their service level, or the number of drivers available.”

Transporeon’s automotive customers, which include a number of OEMs and tier one suppliers, make use of it in different ways, says Stevenson, citing the examples of a German company that puts around 60% of its expedited freight requests through the system, using it for up to 1,500 shipments a year. A UK-based automotive manufacturer also uses the platform as part of its tendering process for long-term inbound logistics contracts.

The growth in the popularity of the platform follows wider trends in the automotive sector, says Young. “Customers want greater visibility over their transportation, but they also want to reduce the man-hours they spend managing it.” He also notes that the product helps automotive companies looking to get tighter control over their logistics networks by setting up ‘in-house’ lead logistics provider or 4PL operations, which necessitate relationships with multiple hauliers.

And how do the carriers find it? “In the early days, hauliers used to be very sceptical; they told us that their business was based on face-to-face relationships,” says Young. “Now we see the opposite situation. People say they win business they wouldn’t have done without the system. It doesn’t take the relationships away, but it does provide an analytical platform that allows them to showcase the quality of their offering.”

Exceptions are the rule

Using standard formats to match tender requirements with carrier capabilities obviously has the potential to save time and effort for all parties involved in procuring logistics, but online marketplaces really come into their own as a mechanism for efficiently coping with exceptions. Transporeon’s ability to quickly find alternative carriers, and its use for the purchase of emergency logistics services, are examples of this capability on the inbound side, but to find an environment where shipping exceptions are the norm, you need look no further than finished vehicle distribution.

Mike Thorby is a co-founder of logistics software provider Car Delivery Network (CDN), which operates an online marketplace, called vinDISPATCH, that aims to match customers and suppliers of finished vehicle delivery services. The product is used by a number of carmakers in the UK and US, he says, as well as by hire firms, dealerships and other users in the secondary market.

Like Transporeon, most of CDN’s customers use it as a private network, putting transport requests to a predefined group of 30-50 preferred carriers. The system has also been developed to handle a wide range of special delivery requirements, including driven deliveries, the need for closed trucks, or special handover requirements for high-value vehicles or lease customers. Carriers can also use the system to demonstrate their credentials, with the ability to upload proof of appropriate insurance coverage, for example, as well as data on historical volumes and delivery performance.

Thorby notes that demand for a straightforward way to find delivery services has been driven in part by customers’ experiences with consumer marketplaces like gocompare.com, a shopping comparison site in the UK. “Today, people are used to going to comparison sites when they buy all sorts of products and services,” he says. “Now they have the same expectations for business purchases.” 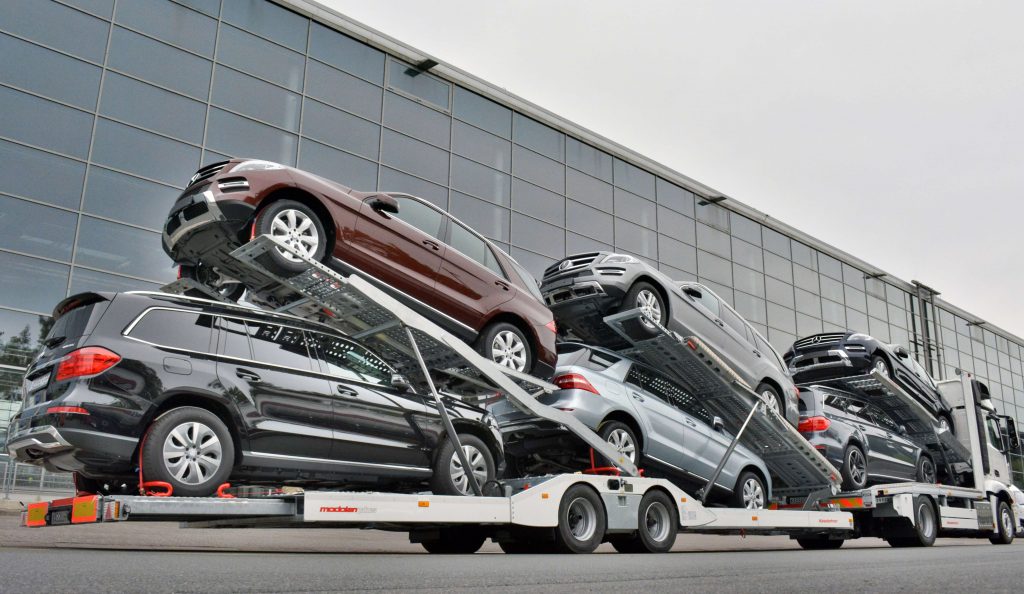 Like Transporeon, most of CDN’s customers use it as a private network, putting transport requests to a predefined group of 30-50 preferred carriers.

Those expectations extend to improved visibility of vehicles in transit, he adds, a capability that the CDN platform also offers, giving carriers access to an integrated online electronic proof of delivery (ePOD) system.

A key benefit of the vinDISPATCH system is its ability to help find solutions to exceptional transport requirements, says Thorby. “In the UK, where we see big peaks in demand driven by the March and September registration plate changes, customers often need to find additional capacity at times,” he says. “In the US, by contrast, demand is generally more consistent and flatter over the year, but it is more likely that a customer will need to deliver a vehicle to a remote location that their normal service provider does not cover.”

That’s where the online model really comes into its own, he adds: “There are carriers everywhere, so the worst job for one might actually be the best job for somebody else.” For carriers, Thorby says the system helps to improve truck utilisation by making it easier to find vehicles to fill empty slots, as well as enabling carriers to more easily find trip lease or subcontractors to help out with capacity peaks.

In the five years that CDN has been operating in the UK, Thorby notes that the average size of the carrier pools used by its customers has been gradually increasing, something he puts down to customers’ rising confidence in the marketplace approach. “As people have more faith in the system, and they trust the professionalism of the carriers in the network, they become more comfortable using a wider range of providers.”

Few would argue that these products will ever replace the strategic and collaborative relationships that characterise many aspects of the automotive logistics process, but in an industry that increasingly calls for agility, flexibility, and adaptability, systems that accelerate and simplify the matching of supply with unpredictable demand can play a useful role. Online marketplaces may be a niche product in automotive logistics, but that niche is a growing and increasinglyvaluable one.