The new gigafactories being established in the UK do not simplify the future for component manufacturers facing the post-Brexit reality, says Gary Dodsworth, head of road transport at Rhenus UK

With several car manufacturers having either confirmed, or in the process of confirming, new vehicle battery manufacturing sites in the UK, it marks an important shift in the transition to electric vehicles. This is all good news for the UK car industry as it secures a firm foundation on which to grow its EV manufacturing base. 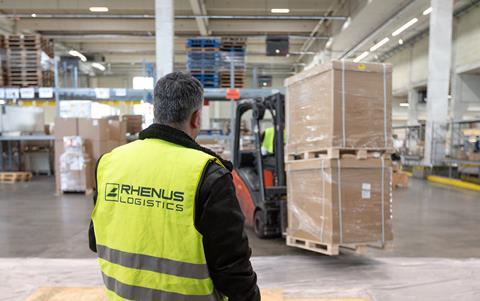 However, this good news should not encourage complacency among the wider, traditional automotive sector, especially UK-based parts suppliers. While the new generation of battery plants are exempt from the border tariffs being introduced by the EU, component manufacturers still need to ensure they have a good practical understanding of the rules of origin.

For parts manufacturers and OEMs, there approaches an ominous cloud that has been delayed to December 2021. While most major component suppliers are well versed in the detail of the new regime, there are still a significant number of businesses that have yet to prepare.

Understanding the rules
Much of the procedural red tape surrounding Brexit concerns a principle known as the rules of origin, which deserves serious consideration by OEMs. While the automotive sector has been granted a stay of execution, given the complexity of the new import-export rules, time is ticking and the new deadline of December 2021 is fast approaching.

Put simply, rules of origin are used to clarify where materials used in the production of goods originate, as opposed to their source of shipment. This helps authorities to identify what customs duties and restrictions may be applicable on importation.

Free trade agreements, such as the Trade and Cooperation Agreement (TCA) between the UK and the EU, offer preferential treatment to products originating in the contracting states, in this instance the UK. For this reason, rules of origin are subject to specific negotiation and play a vital part of any trade agreement, hence the heat and light seen before the Brexit deal was struck back in December.

The automotive impact
The automotive sector is complex, with vehicles typically comprising many thousands of components. Until now, their origin has been less important to EU and UK manufacturers because once the part is imported to the EU, it is within the free trade zone. However, since agreeing on Brexit, rules of origin mean that parts imported to the EU or UK are now liable to attract tariffs. 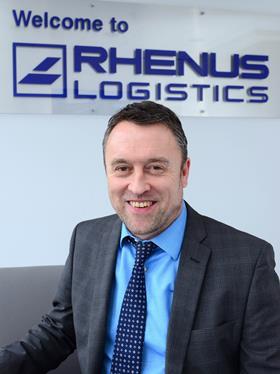 While the EU has granted a 12-month grace period to identify origin (meaning that the rules don’t come into force until the end of the year) it is unclear if the EU will back-date tariffs if the origin is either unknown or incorrect during this transitionary period. So, if origin is identified in December 2021, 12 months of back-dated tariffs may be levied, which could be as much as 20% of the value of the component, sub-assembly or finished vehicle.

Devil in the tariff detail
The majority of components will come under a single tariff (known as 87.08). Typically, this includes finished items such as headlights, radiators and bearings, which are all covered by the 130 plus codes within the tariff. For most suppliers, this works well, however those involved with more complex assemblies, which move across borders to undertake finishing processes, need to tread carefully.

Take the example of a steering system, where most of the parts have come from the Far East. Given the source of the raw materials, this defines the system as from outside the UK and the EU. Hence tariffs would be applied. However, if the system was assembled in the UK, this process adds 40% local value, thus mitigating the tariff.

Another challenge lies in the UK’s commitment to produce EVs without an indigenous battery manufacturing sector. This may soon change but until then, this could cause headaches for our nascent battery EV industry.

This is a complex process and needs work now. External advice is a must for most smaller manufacturers needing to prepare well in advance for December.

The scale of this issue is significant. The Society of Motor Manufacturers and Traders (SMMT) recently calculated that more than 40% of the content of cars assembled in the UK is sourced locally, with between an additional 20% and 50% coming from the EU. Moving ahead, the general rule is that the more we can source from the UK and EU, the better.

Priorities for parts suppliers
In a nutshell, UK-made vehicles will not attract tariffs if at least 40% of their components’ value is British. Parts sourced from the EU are counted as British. UK negotiators had hoped to be able to also count parts from Turkey and Japan, as British. The UK has a trade deal with Japan, as does the EU, but they failed to get the EU to agree on this.

Many of our customers are already well down the road of undertaking impact assessments to understand how the relevant rules of origin impact their operations.

As a parts or vehicle manufacturer, here are a few key priorities:

In short, the customs honeymoon period is coming to a close within the next few months and exporters without the full suite of appropriate paperwork at the point of shipment may see goods waiting on the docks.

You may have never heard of rules of origin six months ago but our advice is to get a good working understanding of the concept quickly, and make sure your paperwork is in good order well before the end of the year.