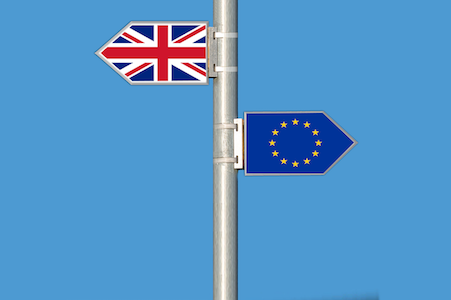 Nine months before the UK’s planned departure from the European Union, uncertainty over customs arrangements is emerging as one of the major concerns of manufacturers – perhaps just as much, if not more so, than the prospect of tariffs and taxes.

The risks and impacts from delays in logistics flows and added administration are seen by some manufacturers and industry groups, including SMMT, as a direct threat to productivity and competitiveness.

A large share of parts arrive to UK automotive plants from Europe just-in-time or even just-in-sequence, with plants carrying little inventory on site or in local warehouses. According to customs and logistics experts, any extra time in the supply chain could require extra land, buildings and IT to manage it effectively – and even put some plants at risk.

Outside of a customs union and even within a free trade agreement, goods between the UK and EU would be subject to a customs border to declare imports and exports, and checks to verify rules-of-origin on parts, all of which would add cost and time compared to current arrangements.

The numbers of trucks, rail wagons and ferries moving pallets, racks and containers of automotive freight or finished vehicles between the UK and EU pose a challenge to introducing any new systems. More than 1,100 trucks arrive in the UK each day from the EU with components for cars and engines, according to the SMMT.

Penny Todd, UK customs supervisor at Ford and a key member of the carmaker’s Brexit planning team, said that uncertainty over the UK’s trade and customs arrangement with the EU has meant the carmaker has begun planning for significant increases in costs associated with EU trade, including import and export declarations, customs agents, in-house staff and IT systems.

At BMW, around 250 trucks move between the EU and UK each day for the carmaker alone, according to customs manager Stephan Freismuth, including the majority of its production parts for UK assembly and engine plants, but also engines and press parts destined for European plants.

Even a five minute delay in checks would have a big impact, said Freismuth, speaking at an SMMT summit in London on Tuesday (June 26).

Furthermore, 95% of the parts that BMW moves between the UK and EU are between Dover in the UK and Calais, France, busy entry points that have limited capacity for extra checks, holding areas or warehouses.

John Keefe, UK director of public affairs at Eurotunnel, which operates the tunnel between the UK and France, pointed out that it was built to be a rolling motorway for just-in-time flows. “There is really nowhere to go in adding space for vehicles to be stopped and checked,” he said.

Richard Ballantyne, chief executive of the British Ports Association, pointed out that normal checks and screens already apply for bulk freight that comes in via containers at the country’s seaports. For such freight, there would be little difference outside the EU. However, for ro-ro trade, which includes shipments of trailers, lorries and finished vehicles and makes up a large share of UK and EU trade, checks would be “very challenging”.

Penny Todd told Automotive Logistics that Ford is planning for customs complexities around all freight, from importing finished vehicles and engine components, exporting engines and moving specialised racking and packaging back and forth.

“One of the biggest concerns results in delays at border, like we saw for ‘Operation Stack’,” she said,referring to miles of queues of parked lorries on the M20 motorway when services across the Channel are disrupted.

Who will suck up the costs?Todd said that the customs arrangements discussed by the UK government have thus far been problematic. A potential new customs partnership, in which the UK would act as an agent for the EU, would be complicated and onerous, she said.

“That would really involve time, IT systems, changes to border, and so the transition period would be key,” she said at the SMMT summit. “March 2019 [when the UK leaves the EU] looks terrifying, December 2020 [the end of the potential transition period] is not far away. We need long enough period to be able to respond.

“We have importers and exporters who have never had to deal with this before.”

Stephan Freismuth pointed to a BMW study of both European and British suppliers which highlighted that fewer than 50% felt they were prepared for Brexit, with uncertainty and inexperience over customs and customs documentation one of their biggest concerns.

“We are spending a lot of time trying to answer all of their questions, including using BMW customs experts,” he said.

Ultimately, carmakers are running up against their own internal capacity and expertise as well. Penny Todd said that Ford was looking into how many internal custom agents and facilitators it might have to hire.

Even before considering the potential tariffs or taxes, all these extra costs can add up significantly. Honda told the FT that a new IT systems for customs alone could cost it £2.1m ($2.8m), while a warehouse to hold nine days of stock would be more than 300,000 sq.m.

“Carmakers either have to suck up these extra costs, or pass them on to consumers,” said Todd.

Global opportunities, but rules based

Advocates of an independent trade and customs regime for the UK point to the potential of negotiating free trade agreements with countries outside of the EU. Chris Grayling, the secretary of state for transport, told delegates at the SMMT Summit that the UK would explore opportunities to sell vehicles around the world.

Grayling also tried to allay fears over regulatory divergence and border checks by maintaining that the UK would continue to follow UN-agreed standards on type approval that are among the strictest in the world, and recognised by the EU.

Representatives from overseas markets also expressed interest in future trade deals. Ma Hui, minister of the embassy for China, pointed to a “golden era” in UK-China trade relations and was optimistic for the prospects of a trade deal with the UK after Brexit.

For example, he thought it was possible to be “less stringent” on rules-of-origin rules for car parts than the EU, which would need to be checked on Japanese parts to the EU even after an agreed trade deal scheduled to come into effect next year. “Japanese manufacturers might ship parts from Japan that also have components from South Korea, China and Thailand,” said Tsuruoka. “Because the EU rules are stringent, they may not always qualify.

“A future step for us would be to have an even more ambitious trade deal with the UK,” he added.

However, both the Chinese and Japanese representatives expressed concern over uncertain trading terms between the UK and EU, and stressed respect for rules-based trading systems, especially in view of recent US tariffs.

“Brexit is a danger because predictability is gone, said Tsuruoka. “We need to maintain a rules-based order.”