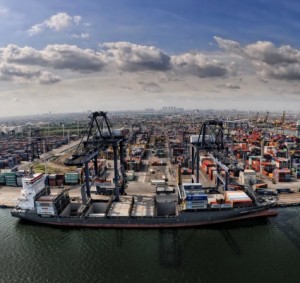 The Indonesian government is hoping that a new deep sea port at Patimban, in West Java, will absorb part of the finished vehicle traffic that the existing facility at Tanjung Priok, the country’s largest port (pictured), is struggling to cope with.

Construction of the new port is slated to commence in 2018. In addition to its finished vehicles business, it will be able to handle parts and components shipped by maritime container at its 1.5m TEU capacity box terminal when this partially opens in 2019. The aim is to increase capacity to 7.5m TEU by 2027.

Patimban will have a dedicated vehicle terminal with an initial capacity of 250,000 units. The Transport Ministry said it would eventually be able to handle 485,000 finished vehicles. Given the lack of planned multi-level storage facilities, it will cover an area four times as great as the container terminal.

Lembong said the Patimban port development project would be located in Subang, some 120km east of Jakarta, close to the automotive industrial cluster in that area.

“All Japanese automotive industries are there. If a big port is available there, it will make our automotive exports more efficient,” he said.

Japan, which has a major stake in the local automotive industry, has indicated a willingness to provide financial support for the project in the form of low-interest yen-based loans. Construction costs in the region are estimated at $3 billion.

Although Patimban Port will be owned by the Indonesian Transport Ministry, the operator is expected to be a joint venture between Indonesian and Japanese companies. No agreement has yet been reached over how the eventual operator will be selected.

Secretary general of the Association of Indonesia Automotive Industry (GAIKINDO), Kukuh Kumara, noted that car plants in Indonesia were located in Karawang and the surrounding area. Although Patimban is an extra hour’s travel away (30km) compared to Tanjung Priok, road congestion is relatively mild. In contrast, the road between Karawang and Tanjung Priok is often heavily congested. Therefore, said Kumara, the extra distance was not a major concern.

How much traffic eventually switches from Tanjung Priok to Patimban will depend on the handling rates for vehicle loading and unloading, he added.