Swap at the top: GM’s Morrison and Swiss exchange logistics and purchasing roles

General Motors has made another change to its logistics management team, with Elliot Swiss to replace Jeff Morrison as director of inbound logistics for North America. 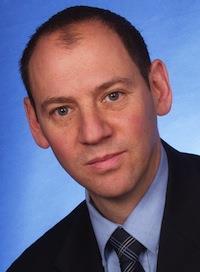 The change, effective August 1st, will see the two executives switch roles, as Morrison takes over as director of purchasing for global chassis systems, with worldwide responsibility for buying various chassis parts and managing the purchasing teams that procure the components for GM’s vehicle programmes. He will join a team of chassis purchasing directors that includes Peter Layer, who is coming back to the US from Russia, where he was most recently director of Global Purchasing and Supply Chain for GM Russia.

Both Layer and Morrison will report to Katherine Worthen, executive director of chassis systems.

Elliot Swiss will have responsibility for overseeing GM’s logistics services and returnable container management across the carmaker’s US, Canadian and Mexican assembly and powertrain plants. He will report to Edgard Pezzo, executive director for global logistics, who took over the role only in May after Christine Krathwohl left the company.

Both Pezzo and Worthen report to Grace Lieblein, vice-president of Global Purchasing and Supply Chain.

The move marks a return to logistics for Swiss. He held the role of chassis purchasing director for more than two years, but has had a long career in supply chain management and logistics. He spent 13 years working in supply chain at Ford, and later took over as European managing director for Vector SCM, GM’s fourth-partly-logistics venture with Con-way. When GM sold Vector in 2006 and took its logistics back in-house, Swiss became director of logistics GM Europe (and later Opel/Vauxhall when the company reorganised).

This is the second time that Swiss and Morrison have changed roles in logistics, with both following a similar career arc, albeit on different sides of GM’s Global Purchasing and Supply Chain organisation. Morrison took over from Swiss as director of logistics for Opel/Vauxhall in 2010, when Swiss went on to spend a year as director of supply chain operations for the carmaker. They both returned from Germany to the US to assume their most recent roles around the same time in the summer of 2011, with Morrison in logistics and Swiss in chassis parts procurement. 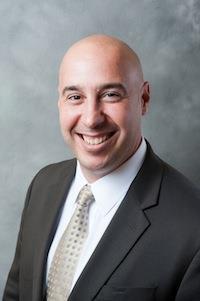 Jeff Morrison is going back to his roots in purchasing

Going back to roots – with total enterprise cost in mind

Like Swiss, Morrison is returning to his career roots by moving back into direct material purchasing. Prior to entering logistics in 2010, he led GM’s powertrain purchasing organisation at Opel’s heardquarters in Rüsselsheim. He has also been global commodity manger for valvetrain components as well as for transmission components.

Prior to GM, Morrison worked in chassis design and as a development engineer for large car suspension at Chrysler, and as an engineer for powertrain-parts supplier, Federal-Mogul.

Morrison told Automotive Logistics that his time in logistics is certain to influence his approach to parts procurement. “By working in logistics, you have more of a sense of the total enterprise cost [of sourcing and manufacturing decisions],” he said. “Understanding logistics gives you knowledge about the overall supply chain that others might not have.”

Morrison said that a large focus of the work that he and his team had been doing for material logistics in North America was on exploring activities around ‘near-shoring’. This includes studying opportunities where supply chain and logistics costs might be reduced by sourcing and manufacturing more in North America. Indeed, GM executives have spoken increasingly of understanding ‘total enterprise cost’ in recent years, including calculating logistics and risk-related costs in the supply chain along with factors like labour, direct material and capital investment – some of which could lead to more local production and sourcing. It is a topic that Swiss had also raised during his latter time in logistics and supply chain management. But recently the carmaker’s focus in this area appears to have intensified.

The role swap looks like an opportunity for both executives to apply their experiences on both sides of purchasing and supply chain management. “Looking at those near-sourcing opportunities and having that knowledge from the logistics side will certainly play a role for our team now on the direct material side as well,” said Morrison.