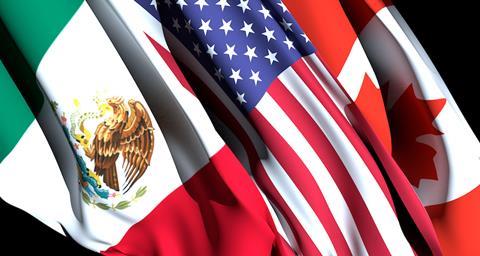 The US, Mexico and Canada have finalised the United States–Mexico–Canada Agreement (USMCA), which is to replace the existing North America Free Trade Agreement (Nafta).

Trade negotiators signed in revisions to the deal, which was originally announced last year, on Tuesday this week (December 10) in Mexico City. Those revisions included tighter labour standards and strengthened environmental protections, which US Democrats had requested before endorsing the deal.

While USMCA still needs approval by legislators in each of the three nations (now likely in the new year), it heralds a more secure trading environment, with benefits for the continued movement of automotive parts and vehicles in the region. Around a quarter of all new vehicles sold in the US are assembled in either Mexico or Canada, according to data from Cox Automotive.

“The USMCA allows the US auto industry to remain globally competitive by ensuring vehicles and auto parts are able to move freely across country lines,” said governor Matt Blunt, president of the America Automotive Policy Council (AAPC), which represents the interests of FCA, Ford and GM. “USTR [United States Trade Representative] estimates that the USMCA will incentivise a $23 billion increase in US annual parts sales alone.”

The Canadian Vehicle Manufacturers Association (CVMA) also supported the deal (called CUSMA there). Canada exports 83% of its vehicles to the US and the CVMA was keen to stress that trade policies needed to ensure that domestic companies received the same opportunities to compete in foreign markets as non-Canadian companies had in Canada.

“The progression of North American free trade agreements has facilitated a deeper integration of the North American auto sector and this will continue going forward as companies rely on existing manufacturing footprints and sources of inputs,” said the CVMA in a statement.

It added that the significant investments made by carmakers in Canada were made in the context of an integrated North American marketplace to which it would continue to contribute.

The agreement removes two years of uncertainty, which is likely to free up further investment in Mexico, but overall is likely to increase the costs of manufacturing there because it calls for a significant increase in the portion of regional content required in automotive products. One of the issues the Trump Administration was keen to renegotiate was local content levels. Under USMCA, that has been raised to 75%, up from 62.5% demanded by Nafta, to ensure tariff free trade.

It also requires that at least 70% of an automaker’s steel and aluminium be sourced from North America.

The tighter labour standards will also influence the moderate rise in costs. That could affect how competitive Mexico is as a car building nation going forward.

However, the finalisation of the deal promises overall investment in the automotive industry to start flowing again. Automotive companies have been holding onto that investment until a clearer picture of how trade would continue in the region emerged.

Speaking earlier this year at the Automotive Logistics Global Detroit conference, Al Zapanta, president and CEO of the US-Mexico Chamber of Commerce, said it had been the most precarious time he had seen in trade between the three nations for 25 years.

“It is the first time I have seen investment from the US sitting on the sideline, as companies wait to see if the USMCA passes,” he said in September.

Whether the final approval of the bill next year will see that investment re-enter the mainstream is in little doubt but where it now ends up exactly is subject to change at a time when the vehicle itself and how it is driven is going through a radical transformation.

The latest developments in the USMCA pact will be under discussion at Automotive Logistics Mexico, which takes place in Mexico City between February 25-27 next year.