Brexit means business as usual, but with more work for Volvo and Gefco

At last week’s Livestream Hour from Ultima Media, panellists from Volvo Cars and Gefco discussed how their daily business had changed with nearly two weeks of Brexit under their belts. Volvo had yet to experience severe disruption but both companies are seeing an increased workload to comply with the eleventh-hour regulations

According to Morten Steen Jensen, head of global customs and export controls at Volvo, there was at least a silver lining to the drawn-out process of the UK leaving the European Union: “We’ve been fortunate that we’ve had a couple of dress rehearsals. We’ve been very close a couple of times so we’ve had a chance to practise, which I think has helped us being really ready, [so mainly it is] business as usual, at least when it comes from a customer’s perspective.” 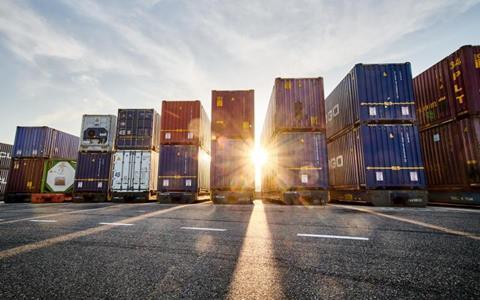 Volvo imports parts and exports cars all around the world and the UK leaving the EU simply means there is one more country for Volvo to deal with, according to Jensen. Managing the changes is just a part of the job. “I do think that it looks very much like what we have already. It’s more work, obviously, but it’s work that is similar to the rest of the world,” he added.

Late rules create teething problems
However, with most countries, the rules have been known for a long time, whereas in the case of Brexit, the agreement only came on December 24. Jensen pointed out that this is a very short time to address all the changes and that it inevitably has led to some teething problems.

As a logistic provider, Gefco is feeling all of those teething problems, and Olivier Thouard, director of customs and fiscal representation Gefco, said that while it has not had to radically alter its processes so far, the industry is playing catch-up with the rules. For the UK’s border operating model, a first draft had been published back in July 2020, with a second version in October and a third yet to follow, but the rules are still not all clear.

A fair bit of confusion remains, with one of the most common issues relating to transit documents for UK to EU crossings. Issue that are not flagged up when crossing the borders can cause problems at the destination.

For a detailed look at the common issues Gefco is seeing daily, be sure to watch the livestream on demand

Middle of the storm
Thouard said that the first days of trading under Brexit weren’t too bad, as most goods were still considered EU goods under Article 47 of the withdrawal agreement and could cross without import or export declarations. He thinks the most difficult time is starting now.

“I think we are in the middle of the storm right now,” Thouard said. “We are learning. The big issues are now. I hope it will be behind us very quickly. We are working on it but the volumes are also coming back. We started with very low volumes but they will come back for the next year during the next weeks.”

At the moment it is a scramble for logistics providers to understand what does not work and why.

“In the end it will work but it’s a question of time,” he said. “The only thing is that we don’t have time. We have issues to solve right now…[.] After it will be better and we will then have a second step where we can optimise and work more on details, but we are not on the second step yet.”

He did point out that the operations for automotive, while by no means fully ramped-up, are running a lot smoother than other sectors, like sanitary products and food.

An industry prepared
While things are largely business as usual at Volvo, a change like this inevitably does require some adjustments. As such, Chinese- and US-built cars bound for the UK are shipped directly to the UK, rather than to Belgium, as that would involve importing them to the EU first. Jensen puts the relative calm at Volvo down to a robust supply chain and good preparation.

The situation described by both panellists reflects the results of a poll conducted during the session, where 87% of respondents thought their supply chain and operations were either highly or somewhat prepared, yet 77.5% said Brexit would have a somewhat or highly negative impact.

Both panellists agreed that, so far, things have been slightly easier on the UK side (with the exception of Northern Ireland) than on the EU side, with more mechanisms in place and clearer regulations. The rules of origin rule in particular has been causing some issues on the European side, as all exporters have to be registered in the Registered Exporter (Rex) system but at the start of the year that system was now working.

Neither Jensen nor Thouard were particularly enthused about the idea of freeports in the UK to lighten the administrative load. Jensen explained: “Freeports, or free zones, in my view are not a positive development. My role is also responsible for export control and it would be a huge red flag for any supplier, customer or carrier operating through, in or out of a free zone. In 20 years working in customs and trade compliance, I have yet to see – at least in Europe – a good reason for using a free zone, economically at least.”

Thouard added that freeports might have had some merit in the event of a no-deal, but with the free trade agreement in place they would just add complexity.

Glass half full
Amid the disruption and confusion of the UK leaving the EU, Jensen could see a silver lining: “If you want to look at things [with your] glass half full, I’ve been saying for the last couple of years that we’ve had help from some strong forces around the world in making customs relevant for business. So, we’ve never been as important as we are right now and that’s a good thing.”

The larger, more serious point however, is that there is a now push to include customs earlier in the decision-making and product-design process, as there is no point making a car cheaper if it subsequently gets hit with crippling duties. It is a move that dovetails with Volvo insourcing its customs and logistics. This started in 2013 and has allowed the firm to design for profitability more than before.

Despite issues such as Brexit and the recent US-China trade disputes drawing attention to the importance of good customs policy, Jensen hopes that things will settle down a little over the next years.

“We have enough to do about [Covid] on all levels of society, so I don’t think anybody is going to start any new disputes, and with a little bit of time I think maybe we can – fingers crossed – get to the point where some of the existing issues are being settled around the world. I really do hope so.”

The full livestream is available on demand here, with further insight into some of the common problems caused by Brexit, how IT systems are coping and how good data and communication can build resilience