Germany has signed up to the e-CMR protocol, which is designed to digitalise consignment notices needed for the international transport of goods and make the process more efficient, while at the same time saving hundreds of tonnes of paper a year.

The signing of a CMR document implies adherence to the CMR Agreement (Contrat de Transport International de Marchandises par Route), which was drawn up in 1956 by the United Nations with the aim of providing a uniform legal framework for national and international road transport. In its paper-based format the CMR document is signed in four copies: sender, consignee, carrier and administration. An additional e-protocol was added to the CMR convention, which entered into force in June 2011, but bringing it into effect across Europe has been a long and slow process. 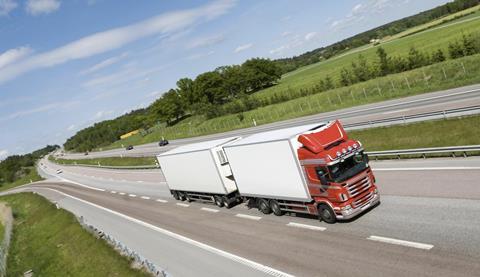 The Association of European Vehicle Logistics (ECG) has revealed that the move will help eliminate the printing of up to two million paper documents every year. The ECG described it is a significant milestone in Europe on the path to digital and paperless supply chains, adding that the carriage of finished vehicles could now be extended from a relatively small number of road transport movements, such as between France and Spain, to encompass the vast majority of vehicle movements in Europe.

Germany had previously allowed electronic documentation for transit journeys but joining the e-CMR means that the largest automotive market in Europe will now accept electronic consignment notes for movements that are loaded or unloaded domestically.

“The advantages [of the e-CMR] are obvious… [it] enables logisticians and customers to get real-time information about the status of their deliveries. The result is overall a more efficient and faster supply chain. This not only makes life easier for logisticians, it ultimately benefits every single customer,” said Andreas Scheuer, Germany’s federal minister for transport and digital infrastructure.

Germany, the largest important market for automotive shipments, had been reluctant to sign the protocol and was a hindrance to car carriers benefiting from the improved efficiencies the protocol brings with it.