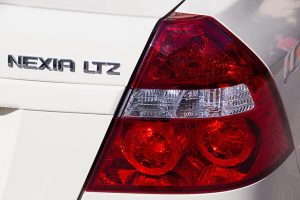 GM Uzbekistan is to open a vehicle assembly line in Kazakhstan to take advantage of the shared customs space under the Eurasia Economic Union (EEU).

The carmaker, which is now owned solely by state-owned corporation Uzavtosanoat following GM’s withdrawal from the joint venture, has signed a contract with Kazakh automotive company SaryarkaAvtoProm to assemble 16,000 vehicles this year at a plant not far from the city of Kostanay.

The move comes after several years of negotiation.

No information has yet been released on the vehicles the two companies will produce but in earlier statements, GM Uzbekistan (which is soon to be renamed) said it was primarily interested in localising the Ravon Nexia R3, which is a slightly re-designed version of Chevrolet Aveo, and the R4, which is a re-designed Chevrolet Cobalt.

Askar Mamin, prime minister of Kazakhstan, said the assembly line would supply vehicles for the domestic market and some foreign markets, including Russia.

On March 18, GM Uzbekistan exported the first batch of automotive kits to Kostanay, according to its website.

GM Uzbekistan previously exported finished vehicles to Russia but stopped in the middle of last year without providing any clear explanation. Several local news outlets suggested it was because of high export duties on vehicles imported into the EEU, as well as high logistics costs on vehicle deliveries to Russia. These suggestions were never confirmed by the carmaker, however, which simply attributed the move to “changes in the company’s pricing policy, including on the foreign markets”.

In 2017, the OEM said it planned to export at least 30,000 finished vehicles a year, primarily to Russia but also to Kazakhstan, Ukraine, Tajikistan, Afghanistan and some other countries.

In early 2019, GM Uzbekistan adopted a new development strategy, one of the main goals of which was to boost the overall value of automotive exports from $25.5m in 2018 to $118.6m. Almost simultaneously, it announced plans to restart vehicle exports to the Russian market.

Last month, GM Uzbekistan secured renewed permission from the Russian Federal Agency on Technical Regulation and Metrology to export the Ravon R2, which is a re-designed version of Chevrolet Spark, from Uzbekistan to the Russian market. The carmaker already holds licences to export Ravon Nexia R3 and R4 vehicles to Russia, the former until June and the latter until October this year.

In recent years, SaryarkaAvtoProm has been assembling SsangYong and JAC finished vehicles and exporting them, including to the Russian market. In total, the carmaker produces around 15,000 vehicles a year, of which only a small number are exported. The new contract should enable the carmaker to nearly double its production output.