Carmakers and suppliers in Mexico can now return to production providing they register their safety protocols on a government portal certifying that they will follow the guidelines designed to halt the spread of Covid-19, officially called the Autoevaluacion del Protocolo de Seguridad Sanitaria (health and safety protocol self-evaluation). 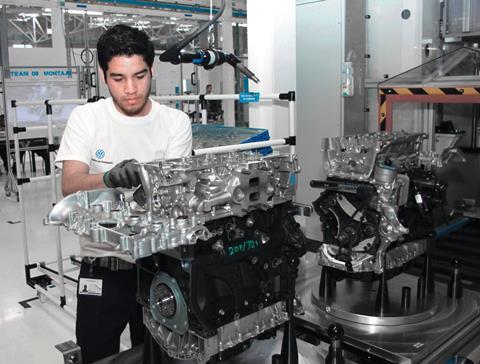 There have been a series of mixed messages surrounding the restart of operations in Mexico. The government indicated on May 13 that the automotive sector would start reopening the following week, before withdrawing the advice without clarifying whether it would affect the restart dates. The following day it published new instructions indicating the industry would not be allowed to reopen until June 1.

The state of Puebla has still not given clearance to reopen, which means that, as it stands, German OEMs Volkswagen and Audi will not be allowed to open there on June 1. However, Dr Susanne Lehmann, senior director of production North America, Volkswagen, told Automotive Logistics that the OEM is working with the regional and federal government and hopes to open in the state next month.

However, the automotive industry in the rest of the country can now exit lockdown sooner if companies have approved measures in place.

A question of safety
The health and safety evaluation consists of 60 questions determining companies’ readiness to reopen, including guidelines surrounding social distancing of 1.5 metres per person, establishing a screening protocol to identify people with acute respiratory infections, and providing alternate schedules for meals and daily activities to reduce contact between staff.

Speaking to Automotive Logistics, Sig Huber, senior managing director, of management and financial consultants, Conway Mackenzie, and a former global director of purchasing at Fiat Chrysler Automobiles (FCA), said despite a few teething problems the portal is now operational and provides official confirmation from the Mexican Social Security Institute (IMSS) for companies to get back to business within 72 hours. 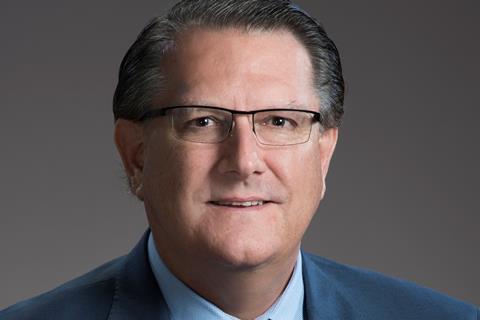 “Last week (May 11) there was a lot of concern with official declaration, that has now changed,” said Huber. “There is clarification they [suppliers and OEMs] can operate, it’s just a matter of them getting their certification into the system and getting them approved.”

Regarding the impact this would have on the supply chain, Huber did not anticipate a problem for international companies in Mexico having already been through the process, which could be replicated, but he did point out some of the smaller companies local to the country would not have the benefit of prior experience.

To mitigate this, US-based seat manufacturer Lear, which has several facilities in Mexico, put together an interactive guide to pandemic preparedness, sharing its set of best practice measures with the industry.

A non-essential delay?
During nearly two months of inactivity Mexico’s automotive sector was not considered an essential service by its government, as was the case in the US and Canada. This is something Huber said has delayed production in the US and Canada by one week.

“It would have been great if Mexico could have started a week ago, so they would have been ready to support OEMs in the US and Canada this week,” said Huber, who cited Mercedes-Benz’ recent closure in Vance, Alabama as a result of a shortage of parts supply from Mexico.

“Mexico is a very integrated part of the global supply chain,” Huber continued. “There are parts coming from lower tier levels in Mexico that could impact production in many regions around the world. Even if you’re not buying directly from Mexico, there could be subcomponents to the parts you’re buying coming from the country.

“The OEMs wouldn’t necessarily know who the tier two to four suppliers are or where their locations are. They only know what they buy directly.”