2
Industry waits for USMCA to be finalised
Policy and regulation

Industry waits for USMCA to be finalised 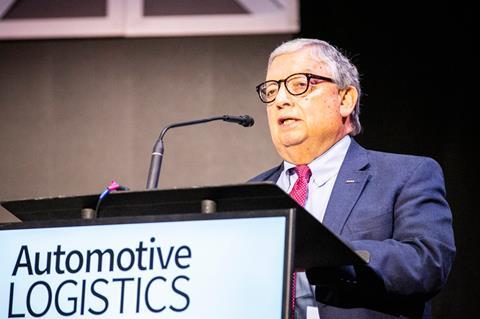 In North America a lot of investment is on hold as companies wait to see whether the US-Mexico-Canada trade agreement (USMCA) is finally approved by Congress in October. Conflicting ideologies in the US and Mexico are causing some concern about whether that will actually happen, as delegates heard at the Automotive Logistics Global Detroit conference in September.

Al Zapanta, president and CEO of US-Mexico Chamber of Commerce, who has been at the centre of negotiations between North American nations since the original North American Free Trade Agreement (Nafta) discussions, said it was the most precarious time he had seen in trade between the nations for 25 years.

“It is the first time I have seen investment from the US sitting on the sideline, as companies wait to see if the USMCA passes,” he said.

The political dispute, related to problems with immigration stemming from Central America, is threatening the agreement and has already led to proposed new tariffs this year.

There is also a dispute over a labour issue. One of the requirements for Mexico to pass its part of the deal was the overhaul of a labour law ensuring that workers could freely vote for their union representation and contracts. The new law, which was approved by Mexico’s Senate, requires secret-ballot union votes and proof of workers’ consent for contracts. However, that is now under threat as the Sindicatos union wants to repeal the law.

“It is the first time I have seen investment from the US sitting on the sideline, as companies wait to see if the USMCA passes” – Al Zapanta, US-Mexico Chamber of Commerce

Something else which is affecting investment is the problem of worsening security in Mexico. Previous administrations have made strenuous efforts to deal with the theft, vandalism and violence that has affected vehicle shipments in the country but, according Zapanta the problem has now spiralled out of control.

Zapanta said US Homeland Security has been working with the army and navy in Mexico to tackle the issue. “It is unfortunate but there is a lot of work to be done,” said Zapata. “We need to help US and Canadian companies do business down there.”

He said that if the trade agreement did not get passed this year, negotiators might take the parts of the agreement that have been secured and work them into the existing Nafta.

“We have been working with the Congress on both sides of the border,” said Zapata. “We are trying to walk the gap to make it happen.”