Mexico stays strong in the face of adversity 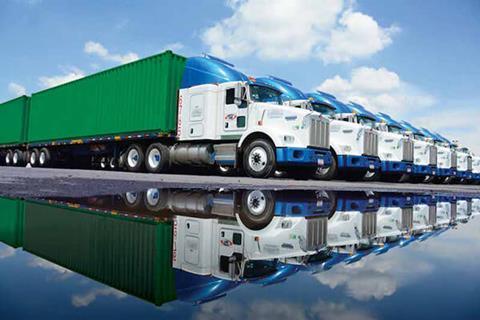 Mexico is holding onto its position as a top-ten global automotive manufacturer and exporter despite a variety of challenges, including the new United States-Mexico-Canada Agreement (USMCA), the occurrence of severe weather events and a worsening domestic security situation.

Eduardo Solis, executive president of the Asociación Mexicana de la Industria Automotriz (AMIA), told delegates at the Automotive Logistics Mexico conference 2019 that the industry there had been “growing significantly” and now represented 20.2% of GDP, second only to the food industry at 20.7%. He said net revenue for the automotive industry in Mexico was set to surpass $77 billion.

The wider economy is also experiencing growth, according to Daniel Chiquiar, research director at Banco de México, despite facing a range of difficulties since 2014 including lower oil prices, less external financing, global economic slowdown and uncertainty over free trade.

Yet while exports grew by 6% in 2018, production was flat. Solis said this was in part due to a flood that hit the Bajio region, which forced some plants to close temporarily. Honda, for example, was unable to produce vehicles from the end of June until November, after its Celaya plant was flooded and inbound material could not be unloaded.

Crime on the rise
On top of this, Mexico’s chronic problems of civil unrest and high rates of crime, including vandalism, fuel theft and vehicle theft, have got worse over the past few years, as several speakers at the conference confirmed.

Carlos Jiménez, director of car and transportation damage at the Asociacion Mexicana de instituciones de Seguros (AMIS), said that from 2012 to 2018, there was “a major increase” in vehicles being stolen, including during transport. Indicating the scale of the problem, Jiménez pointed out that the 93,000 vehicles reported to insurers as stolen over the last 12 months represented only a fraction of the true volume, given that just 30% of vehicles in Mexico were actually insured.

Meanwhile, blockades by unpaid teachers have caused disruption to rail services, most recently in January. AMIA’s Solis said that in Michoacán state, 280 trains, 10,000 containers and 14,000 newly-made vehicles were left sitting on the tracks, unable to reach their destination. At the same time, logistics companies have had to contend with shortages of fuel for their trucks after the government closed major pipelines in an effort to stop criminals from tapping them.

New free trade requirements
Beyond these internal disruptions, the automotive industry is awaiting finalisation of the USMCA, which was provisionally agreed in October last year. The agreement, known as T-Mec in Mexico, still needs to be ratified by the governments of all three North American nations, with many details yet to be put into writing.

The requirement for 62.5% local content in vehicles under the North American Free Trade Agreement (Nafta) has been split into multiple different rules in the new deal, causing potentially costly compliance issues. Solis called the new rules of origin “complex” and “robust”, noting that assembly operations “will have to work diligently” to meet the additional criteria to avoid tariffs. 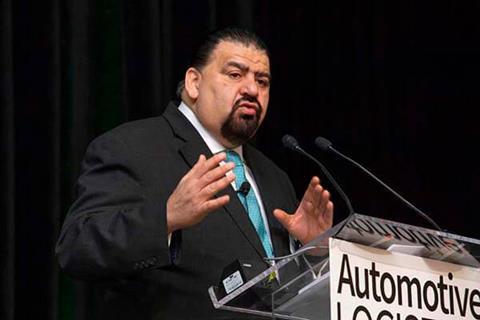 Solis called for the development of “an agile and simple mechanism” to calculate local content levels, for the sake of exporters and importers as well as manufacturers. He said the Mexican government had been meeting with representatives from its various manufacturing industries to gain their perspectives, and that the US was doing the same. Now that the US government was up and running again after its record shutdown due to a budget dispute, the last details could be formalised this summer, Solis suggested.

Despite these significant challenges on both domestic and international fronts, there is a feeling of confidence among business leaders and government officials in Mexico. Banco de México predicts further growth, albeit modest, over the coming years: 1.7-2.7% in 2019 and 2-3% in 2020.

Among automotive executives long-accustomed to Mexico’s domestic troubles, there is also some hope that it might build on its position as seventh-largest automotive manufacturer worldwide and climb to sixth by 2020. After 25 years of Nafta, though, the USMCA may prove a bigger hurdle than its domestic issues to such ambitions.