Vladimir Putin has instructed the Russian government to develop a long-term programme for its automotive industry that will make it largely independent of technology provided by the West. The Russian Industry and Trade ministry is now looking for trillions of roubles from the federal budget to set that up.

The new programme runs to 2035 and aims to develop local production sufficient in capacity to meet 80% of demand across the country. The ministry said the plan is also to secure technological sovereignty for the Russian automotive industry. 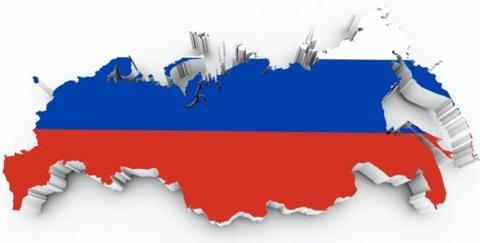 It is an ambitious plan. Russian vehicle production plummeted by 96.7% in May this year to just 3,700 units, as all Western carmakers suspended operations in the country, while Russian carmakers were hit by a shortage of critical components.

The main objectives of the new strategy are to stimulate domestic production and demand through state support and establish the country’s automotive components industry. Meeting these objectives would require 500 to 600 billion roubles ($8.5 to $10 billion) to be allocated until 2035. A similar figure is planned to be assigned to support the Russian automotive exports.

Over the past five years, the Russian government allocated 387 billion roubles ($6.2 billion) to support Russian carmakers and foreign OEMs with localised capacities. This money was primarily spent on subsidising the interest rates on preferential car loans and leasing.

One of Russia’s priorities is the domestic production of small diesel engines, automatic transmissions, anti-lock braking systems (ABS) and airbags.

R&D in the spotlight
To establish a competitive automotive components industry, the Russian government must additionally allocate 2.7 trillion roubles ($45 billion), primarily in the research and development field, the ministry stipulated.

Between 2016 and 2021, the Russian automotive industry invested roughly 0.2% to 0.5% per year into R&D. The task is now seen to ramp this figure up to 3% or 4%. The ministry admitted that the Russian automotive industry would have to develop in almost complete isolation over the next decade. Cooperation between Russian businesses and foreign technology suppliers has all but disappeared meaning the upcoming R&D would be associated with “higher risks” and “longer development periods”.

Closing the door
The new plan necessitates that Russia “regulate the admission of foreign companies” to its market, though no additional details were provided. According to the ministry, foreign carmakers have created an excessive number of competing assembly plants since the early 2000’w

The programme said that had commissioning finished vehicle assembly capacities in Russia since the early 2000s, foreign carmakers created an excess number of competing car assembly plants in the country. That has made the Russian market less attractive for investment by components and raw materials suppliers because it is too fragmented and there is a low issuance for most platforms.

Avoiding a similar scenario in the future is essential given that sales remain low in Russia because of the dire economic situation in the country. In 2022, Russian vehicle sales are projected to stand at 800,000 units, the lowest level since the early 2000’s. The sales are not expected to return to the 2021 level of 1.75m units until 2026 or 2027. By 2035, this figure could reach 1.9m units, according to the programme.