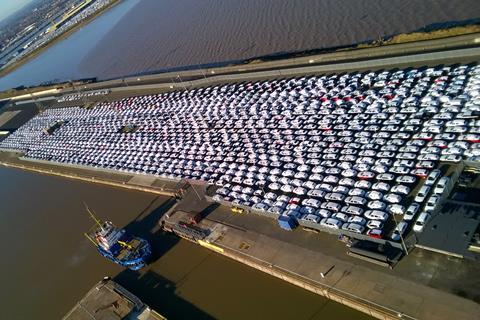 The UK’s automotive industry is in danger of being crushed by shifting trade relations across different regions of the world, as vehicle import tariffs change between it and the EU, the US and Japan.

Uncertainty over the reworking of two of these key relationships, particularly that between the UK and the EU, is causing major concern among vehicle-makers, tier suppliers and logistics providers – in the UK and beyond.

Yesterday’s selection of Boris Johnson as prime minister by Conservative party members has brought the prospect of a no-deal Brexit closer to reality, as during his campaign for the leadership he threatened to take the country out of the EU without any agreement.

Even leaving aside a no-deal scenario, Johnson has been promising to take a hard line in dealing with the bloc and has said he will take the country out on October 31 – “do or die”. A hard Brexit would involve the UK leaving both the single market and the customs union, with potentially severe consequences for UK automotive.

A report released this week by the Chartered Institute of Logistics and Transport (CILT) reveals that only half of the UK’s logistics sector has started planning for Brexit, regardless of whether there is a deal or not.

“With so much uncertainty around what Brexit will mean for the supply chain sector, firms are understandably struggling to plan,” said Kevin Richardson, CEO of CILT. “The profession urgently needs clarity on how Brexit will affect operations.”

Top priority
Last month, the Society of Motor Manufacturers and Traders (SMMT) emphasised that securing “a favourable Brexit deal” should be the next prime minister’s top priority upon taking office. In its ‘2019 UK Automotive Trade Report’, the body estimated that delays in shipments of parts to assembly plants caused by friction at the border could cost the industry up to £50,000 ($62,400) per minute.

In the same statement, the SMMT said that leaving the EU without a deal “would trigger the most seismic shift in trading conditions ever experienced by automotive” and that an end to borderless trade “could bring crippling disruptions to the industry’s just-in-time operating model”.

“Combined with WTO [World Trade Organization] tariffs, which for trade in passenger cars alone amount to £4.5 billion a year, this would deliver a knockout blow to the sector’s competitiveness, undermining a decade of extraordinary growth,” said the SMMT.

Beyond the EU
In addition to negotiating a new trading arrangement with the EU, after the country leaves the bloc the UK’s new prime minister will need to forge deals with other global players, including the US. Yesterday President Trump expressed his approval of Johnson’s appointment, Tweeting that the new prime minister would be “great”, but time will tell if the two leaders can do business together in a way which is beneficial for both nations.

While the EU remains by far the UK’s largest vehicle export market, the US is in second place and therefore of significant importance. According to the latest SMMT figures, in 2018 the UK built 1.3m vehicles for export, with 81.5% of all car production being exported. The EU took 52.6% of these exports and the US received 22.5%.

The fourth largest market for UK car exports (after China and ahead of Turkey) is Japan, and a new agreement between this country and the EU could potentially cause further problems for the UK on top of its wrangling with its main trading partner.

A so-called “cars for cheese” agreement between the EU and Japan, which was signed in February after more than six years of negotiations, will see the EU’s current 10% tariff on Japanese-made vehicles tapering to zero over the next decade, in return for Japan cutting its tariffs on some EU dairy products.

As a result of this deal, vehicles from Japan will become more affordable for EU buyers, reducing the incentive for Japanese brands to produce within the region – including the UK.

Japanese withdrawal
At a spring congress organised by the Association of European Vehicle Logistics (ECG) in Sorrento, Italy, Justin Cox of analyst firm LMC Automotive, commented on the potential impact of this deal.

“Over time you could see a gradual withdrawal of Japanese investment, or at least capacity, in Europe itself,” he said. He pointed out that the UK is particularly badly exposed, having “embraced Japanese ‘transplants’ during the 1980s and 1990s” – with the result that almost half of UK car production has come to be accounted for by Japanese manufacturers.

“You could envisage the day where… it is actually cheaper to bring in cars [to the UK] from Japan than to import them 20 miles across the Channel” – Justin Cox, LMC Automotive

Japanese vehicle-makers have in fact already started to pull back from the UK and western Europe, with Nissan announcing the end of Infiniti production at its Sunderland plant and changing plans to make the next generation of the X-Trail there (though Sunderland continues to be a global export centre for the Leaf EV). Honda, meanwhile, has confirmed that it will close its Swindon factory in 2021. Such decisions will lead to significant changes to production and import-export patterns.

Worryingly for the UK, the consequences of this deal could potentially combine with the effects of a hard Brexit (or no-deal scenario) to create a very dangerous situation for British vehicle manufacturing.

“You could envisage the day where the tariffs imposed on UK exports are rising just as the Japanese ones are falling, and there will become a point where it is actually probably cheaper to bring in cars from Japan than to import them 20 miles across the channel,” said Cox. ”So, in the longer run, this EU-Japan accord coupled with a hard Brexit, does look very perilous for UK car production.”

Though full of characteristic ebullience during his acceptance speech yesterday, new prime minister Boris Johnson will have to walk a difficult path as he brings the UK out of the EU and tries to build new trade relationships in a changing landscape.