The current fuel crisis in the UK, which is being blamed on a severe shortage of HGV drivers available to distribute it, is the latest example of a transport staffing crisis that is now affecting most industries, including automotive.

There have been long queues of vehicles at petrol stations around the country in the last week, as consumers tank up fuel for fear that available stocks are being depleted (which they are in the process). The blame has been put on the lack of available drivers to deliver the fuel and there is no doubt that the haulage industry is in trouble. 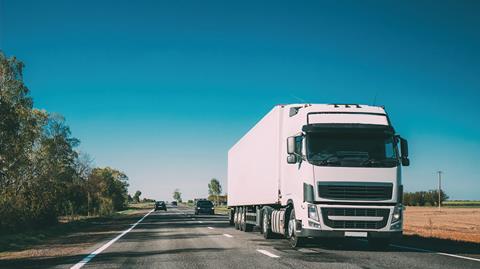 The UK has consistently faced issues with attracting and retaining professional drivers to the haulage industry and the demographic is predominantly an older generation. According to the Road Haulage Association (RHA) the average age of an HGV driver is 55 and less than 1% are under the age of 25.

While domestic road freight showed an increase in 2019, supported by drivers from the EU, the double impact of the Covid pandemic and Brexit on the industry has now resulted in a marked deficit of 30,000 HGV drivers on the road. There has also been a marked rise in the number of insolvencies in the haulage industry in the past six months.

Richard Burnett, chief executive of the RHA, said the industry was losing 600 drivers a week, and the net shortfall would take nearly two years to restore. As with many sectors, the crisis has impacted the automotive industry’s ability to transport essential parts and finished vehicles.

A summary of business report published by the Bank of England (BoE) between July and September this year highlighted how transport delays have resulted in shortages of car parts and electrical goods. The report urged for a streamlining of the supply chain as a means to cope with the crisis.

There are rising fears across the transport and logistics sector that without immediate support those supply chains could fail.

Covid and Brexit
As indicated, the shortage of drivers is down to a number of converging factors.

Essential goods continued to move during the first wave of the Covid pandemic but the lockdown on non-essential items meant that many drivers had nothing to deliver. Many sought alternative employment and are loathe to return to a profession considered to have poor working conditions and low pay.

Covid has also affected the sector in that there was a backlog of tests for new drivers, which has slowed the uptake and, as mentioned above, that uptake is very unlikely to come from a new generation of drivers. In a letter to the prime minister in June, representatives of the road haulage sector warned that 25,000 fewer candidates passed their test in 2020 than in 2019.

Brexit has also caused problems for the sector, with disruption to shipments between the UK and EU, and between Great Britain and Northern Ireland. Added to which, there was an exodus of European drivers when the UK officially left the EU. Many of them now find the additional border bureaucracy too much inconvenience to make the trip into and out of the UK.

Bureaucratic border delays are also a cost for haulage companies who pay drivers by the distance travelled rather than by the hour. Added to which, the UK pound’s decline in value against the euro following the Brexit vote has led EU nationals prefer being paid in euros rather than sterling.

While HGV driver shortages can also be seen across Europe, the UK has been one of the most afflicted by the problem.

Given the increase in the number of haulage companies that have gone bust this year, it has led to fears that the driver shortage could seriously undermine a struggling sector and lead to more unfulfilled contracts.

Government response
While blame is being pointed in all directions, the UK government insists that the shortage is a temporary supply issue amid the pandemic, which will soon be repaired with long-term training.

Earlier in September, UK transport secretary Grant Shapps said the government would make several regulatory reforms to boost driver numbers. Working with industry the government aims to carry out 30,000 more HGV tests each year going forward and length of those tests will be shortened.

Drivers will also be able to obtain a licence to drive an articulated vehicle without first getting one for a smaller vehicle, allowing more than 20,000 more HGV driving tests available annually.

As the driver shortage aggravates other issues, such as a lack of supply of goods on UK shelves, the government has announced that it would issue temporary three-month visas for truck drivers from the EU in a bid to make up for the deficit, though whether there will be the take-up required is another question.

Nevertheless, trade association, Logistics UK, has welcomed these measures, saying that the decision to grant 5,000 temporary HGV driver visas to help overcome the driver shortage crisis in the short term “is a huge step forward in solving the disruption to supply chains we are seeing today”.

“We are so pleased the government has listened to our calls and has made this bold decision to support the UK economy,” said Logistics UK policy director, Elizabeth de Jong.

In addition to increasing HGV testing capacity, Logistics UK said they were pleased the government has responded to the request for additional training support by providing funded courses to enable more people to qualify as HGV drivers.

“Logistics UK is also delighted that [Department for Transport] have agreed to jointly send nearly 1m letters to all drivers who currently hold an HGV driving licence, urging them to come back to the occupation. Conditions of employment and pay have been improving across the sector, and with fantastic opportunities available, now is the perfect time to consider returning to the industry,” de Jong said.