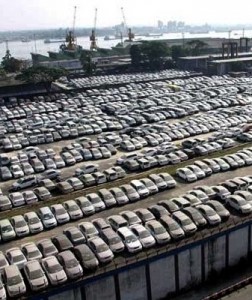 Political turmoil in Bangladesh, which has gripped the country since 6 January, has left more than 6,000 imported vehicles stranded at the ports of Mongla and Chittagong. Importers, faced with a tide of vandalism in the streets, are reluctant to move imported cars out of secure compounds, given that there have been a spate of attacks on them.

“Most of us are afraid of attacks on the highway because of the political unrest,” said Habib Ullah Dawn, president of Bangladesh Reconditioned Vehicles Importers and Dealers Association (Barvida). “That's why, taking delivery of cars from ports has become slow.”

Mongla port, which mainly handles imported reconditioned cars from Japan, reports around 4,400 cars stuck at the port, with 1,600 cars at the larger port in Chittagong. Port authorities are charging a total of around $35,000 a day in overstay payments to maintain this amount of vehicles in the ports. Nevertheless, Dawn stressed that his members would rather pay the fines than see their cars getting torched.

“We are suffering for no fault of our own,” he said.

Port officials confirm that the release rate for imported cars has declined drastically since the countrywide blockade began in  January. Just 475 units were signed off by ports in January, a drop of 35% over December. At Mongla this has resulted in the number of units held at the port growing from 3,900 at the start of January to 4,400 at present.

However, some cars are still being retrieved, although this tends to take place at weekends, given that violence towards property is not so prevalent then.

Dawn noted: “Sales have nosedived as a result of the turmoil. We cannot keep our showrooms open for the risk of attacks.”

Car traders are reporting daily losses of $3.8m as a result of the unrest. This compares to the boom reported by the reconditioned car industry in Bangladesh in 2014, when sales rose 69% to 16,400 units.