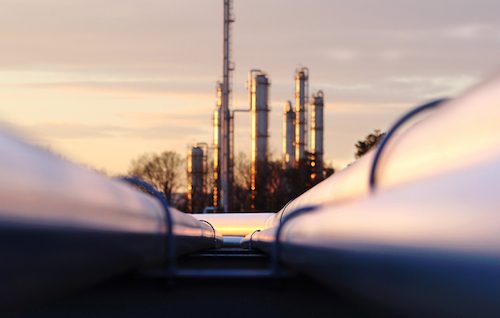 Mexico’s new federal government has launched a radical strategy to combat the country's long-term problem of fuel theft. However, this has led to fuel shortages in central regions, which have closed gas stations, and is now threatening the transport and logistics supporting the automotive sector.

States including Hidalgo, Jalisco, Michoacan, Guanajuato and Queretaro have all reported gas shortages.

Fuel theft is a big problem on the highways in Mexico and is estimated to have cost the federal government more than $1 billion on an annual basis over recent years. As well as siphoning fuel from trucks, crime cartels are now involved in stealing fuel tankers and digging up pipelines.

President Andres Manuel Lopez Obrador, who took office at the beginning of December last year, has made a crackdown on the fuel problem one of his first priorities in a wider project to tackle corruption. That crackdown has included sending the army to the state-run Pemex oil installations and shutting down pipelines, with fuel being sent out in monitored tanker trucks instead.

“We will continue implementing all necessary measures to end this crime, reinforcing surveillance and guarding our facilities and the six main pipelines of the country, which span 1,600 kilometres,” said a statement from Pemex. “We will also continue to use the alternative supply system using tanker trucks until supply is restored.”

Pemex appealed to the general public to support the new measures set in place regarding fuel supply logistics. “[T]his situation will be resolved in the short term and will benefit everyone,” said the statement.

Since the new tanker distribution system has been put in place, theft has reported to have fallen sharply but so has supply, which has led to tailbacks of passenger cars at fuel pumps, in part driven by panic buying. The shortage is now also threatening distribution channels across a number of sectors, including automotive.

Threats to deliveriesLast week, Eduardo Solis, the president of the Mexican Auto Industry Association (AMIA), called for “urgent attention” from the government to avoid a bigger crisis. Mexico’s El Economista news source reported that fuel shortages have already affected the automotive sector in the central Bajío region, with newly assembled vehicles lacking higher quality fuel for initial filling. The news source quoted Solis as saying there were also threats to parts deliveries which could hamper assembly.

More specifically, Solis referred to the fact the automotive industry operates on a just-in-time basis (when not relying on inventories), indicating that logistics needed to flow smoothly; any disruption to that threatened production.

“We hope that the supply of gasoline will be restored,” Solis is quoted as saying. “We [AMIA] request urgent attention so as not to have a major crisis.”

So far carmakers in Mexico have not faced any threats to manufacturing through shortages in inbound supply. Ford said it had yet to see any negative impact at its vehicle assembly or parts plants, but a spokesperson told Automotive Logistics that the temporary changes to gasoline distribution had generated shortages at some fuel stations in the central region with “negative consequences to the economic activity” there.

Honda and FCA similarly confirmed that production remained unaffected by the fuel shortage but both said they were also monitoring the situation closely. Volkswagen said inbound supply was stable.

“Volkswagen de México plants (vehicles in Puebla and engines in Silao) are working normally,” said the company spokesperson. “[The] fuel shortage [has] not caused an impact in production activities; the components for production lines have been delivered on time”.

However, on the outbound side, dealers in the Michoacán region are reported to have had problems delivering vehicles to customers because of a lack of gasoline.

"Deliveries are being stopped due to this situation and I do not have reports of other places," said Guillermo Rosales, president of the Mexican Association of Automotive Distributors (AMDA), who was also quoted in El Economista.

Apart from the theft of fuel, transport companies in Mexico have for a long time been dealing with volatile gas prices, something that got worse after the previous government stopped its subsidies at the end of 2016, leading to an increase in prices of up to 25%.