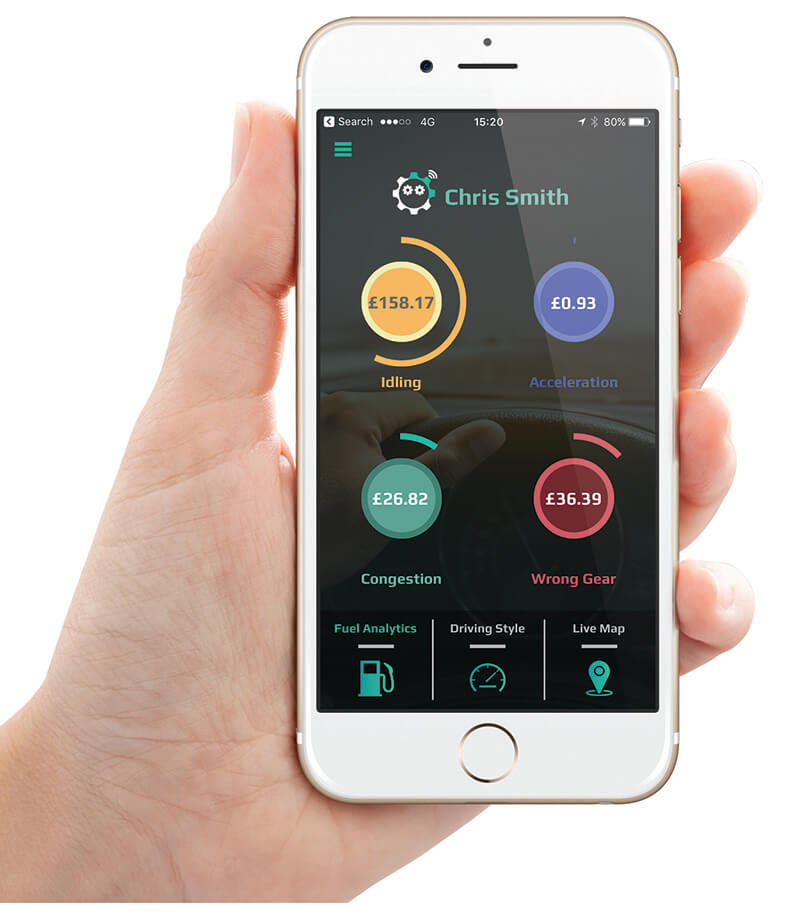 Just over 18 months after Slough, UK-based Movolytics was formed, the vehicle tracking company announced an ambitious expansion. Following its initial foray into providing fleet management services in the UK, the company decided to branch out into Europe’s second largest fleet market – Spain.

With the country’s giant road transport system, there was also clear demand for streamlined fleet management, particularly in the construction, engineering, utilities and transport industries.

Movolytics started its business in the UK because the country is one of the most mature markets for this type of technology and therefore offers a wealth of experience from which to recruit staff, he explains. It was also the primary location of the founding management team – who along with its founding investors share a combined 60-plus years of industry experience and have been involved in the development of a number of well-known businesses in this field, including Fleetmatics, Masternaut and Minorplanet.

The company’s mission, says Smith, is to provide customers with industry-leading software applications that can be used to drive improvements in safety, operational efficiency and end-to-end vehicle costs. Its main advantage, says Smith, lies in the accuracy of the information its system provides.

“Where most systems in the market utilise GPS-based technology to provide average speed, distance and time travelled, we pull information directly from the ‘brain’ of the vehicle, providing more accurate data,” he explains. “With the system tied directly to the brain of the vehicle, the software has the power to monitor real-time fuel flow, giving us the ability to provide our customers not only with accurate fuel spend, but more importantly accurate and monetised fuel wastage.

“With 20 years’ experience in the vehicle tracking industry and having implemented tens of thousands of systems across various industries, it is safe to say that our system was designed through customer feedback,” he continues. 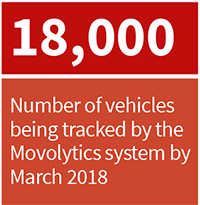 “If the software is not easy to use, then the customer will not utilise the system to its full potential. Our customers state that our software is the most intuitive and simple software that they have ever used. They appreciate that we drive them directly to the result and action that they need to take. Nothing is more than two clicks away.”

Inside informationThe technology consists of a black box installed in the customer’s vehicle with a connection to its engine management system. Data collected via the black box is sent to Movolytics’ cloud-based servers for processing before being presented through the software’s user interface and mobile applications.

Customers interact with the technology through a combination of mobile applications (both drivers and managers), as well as the web-based user interface, and can set up various alerts and reports to keep them informed about business-critical information. “We provide the data in simplistic ways based on the customer’s KPIs, so customers can focus less on analysing data and more on taking the actions required to drive change,” Smith says.

Movolytics’ ongoing development of the system includes plans to increase driver interaction with the technology to further help customers promote change within their organisations. “This is being targeted through expansion of the mobile app capabilities and greater use of data analytics,” Smith says. “In addition to this, Movolytics continues to expand the hardware offering to provide further capabilities such as camera technology, temperature monitoring and asset tagging for high-value goods.”

The system is designed for those managing fleets of any size, he adds. “We service our product to heavy commercial users and distribution companies as well as smaller, sole traders and private vehicle firms,” Smith says. “Movolytics puts the business owner in full control of their vehicles. It can be used to track, trace, evaluate and create greater efficiencies within your fleet.”

[mpu_ad]Accelerating growthBy March 2018, a total of 18,000 vehicles were being tracked by the system. Movolytics is targeting a minimum 30% year-on-year growth, but says it is always assessing opportunities to increase this, whether organically or through acquisition.

The company is already progressing well in terms of growth in Spain. In recent months, an office has been opened in Madrid and a country manager has been appointed to oversee sales and customer management in the region. Sales are growing through a combination of web-based and field activity and a strategic partnership established with the TIPSA group, which has around 2,000 vehicles across Spain. “The platform is now in place to accelerate sales growth through 2019,” Smith says.

The company will be establishing sales operations in a third territory during 2019 and looking to further expand its activities in the UK and Spain through a combination of direct and indirect sales channels, he adds. Several strategic partnership opportunities are also being assessed that could help expand its product offering and market reach, says Smith.

“Where most systems in the market utilise GPS-based technology, we pull information directly from the ‘brain’ of the vehicle, providing more accurate data” - Chris Smith, Movolytics

Spanish company TIPSA, which provides both national and international transport services, began using the Movolytics system in 2018 to learn more about its drivers’ behaviour and find ways of making its vehicles more efficient.

Since having the Movolytics hardware installed into a number of its vans in the Madrid neighbourhoods of Salamanca and Tetuán and undergoing user training, the company has been gathering data on driving style, real-time location and fuel wastage for each vehicle. This includes monitoring vehicle idling, excessive speeding and harsh braking. The system has also helped it to identify the most economical route for drivers to take in order to avoid congestion.

As a result, TIPSA identified more than €400 ($455) of potential fuel savings a month across a group of seven vehicles. The team was subsequently able to change some of the driver behaviour involved and make a 20% saving on its fuel bill.

TIPSA says it has also found the system useful in helping to train up new drivers, particularly in terms of reducing idling and speeding. It also finds the geofence alerts useful, in ensuring drivers do not leave specific routes.

Carlos Adaro, TIPSA delegate for the Salamanca and Tetuán areas and part of the technical team in Madrid, says his favourite feature of the Movolytics system is the platform’s ease of use. “I usually take a look once or twice a week and, if I want to locate a vehicle, I can do it easily on my mobile phone,” he says.

The geolocation feature, adds Adaro, provides “great security” and should also make it easy to track a vehicle, if one is stolen.