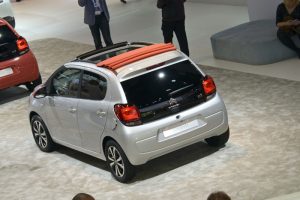 PSA Peugeot-Citroen is set to launch a small scale assembly operation of completely knocked down (CKD) kits in Belarus in November, according to representatives from the local division of the company. The capacity of the enterprise will be around 2,500 units per year, which will allow PSA to cease imports to the country.

In 2015 it is expected that the plant will assemble four Peugeot models, and two Citroen models.

There is also a possibility that in future, according to a spokesperson involved in the project, the plant’s capacity will be expanded, with the potential of exporting vehicles to Russia and Kazakhstan – countries of the Customs Union.

The CKDs will be assembled at the industrial facilities of the local car plant Unison, which is based in the Obchak village, 10 kilometres from Minsk.

"In late November, we expect to make a presentation of the new production. During the same month, we will produce the first cars," said Valentin Trigorlov, director of marketing at PS Auto Group, the official importer of Peugeot’s cars in Belarus. "So far, we are going to cover the needs of the Belarusian market only," he added.

PS Auto Group believes that this assembly operation will increase Peugeot, Citroen, and DS’s market share from 5% to 12% by 2017. However, analysts are doubtful about the project’s prospects. Previously, Unison has established a number of similar projects, launching localised production of Ford, Lublin, Samand and Zotye, but all the initiatives failed.

Sergei Mihnevich, chairman of the Belarusian Automobile Association believes the project is mostly important to the country from a political perspective, but if Peugeot and Citroen continue to develop localisation, and begin to save money on logistics costs, the situation may change.