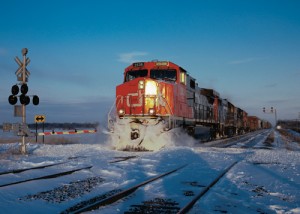 Following the report earlier this year that harsh winter conditions had resulted in a snow storm burying vehicles at the Autoport facility in Dartmouth, Nova Scotia, near the port of Halifax, Transport Canada – the government  body that monitors transport safety – has now announced a recall on around 3,000 vehicles that it suspects could have been affected by water and salt damage as a result of being stuck at the port facility.

Through February and into March this year winter conditions made it impossible to move vehicles out of the Autoport terminal, which in turn led to onward shipment delays and a consequent back ups.

“Certain vehicles, which were parked at the port of entry in Halifax during the ice storms in February 2015, may have been exposed to excessive standing water and salt for an extended period due to this isolated environmental incident,” said Transport Canada in statement.

Providing more detail, the government body said there was a risk of corrosion on the starter motor power supply cable connecters on certain MINI models, which could lead to the inability to restart the engine following an engine shutdown by the start-stop (MSA) system, increasing the risk of a crash.

On certain BMW models, meanwhile, the lubrication of some internal components within the steering rack may have been exposed to excessive water or salt, which Transport Canada said could result in higher than normal steering effort or steering binding, also increasing the risk of a crash.

It also said that that the exposure of electrical wires and connectors to water or salt on all of the vehicles could lead to increased electrical system resistance, and increase the risk of fire.”

In response the body was stipulating vehicle inspection procedures and associated corrective action.

Canadian National Railway (CN), which handles European finished vehicle deliveries at the port of Halifax, operates the Autoport terminal, which was affected by the storms.

The company had to put force majeure measures into effect – the contractual provisos that cover unforeseeable circumstances – as a result of the weather problems.

BMW has so far made no comment on the recall.