Renault and Fiat to make LCVs in Russia 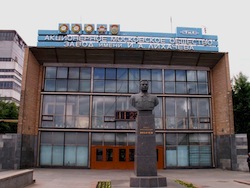 Russian carmaker ZYL has signed an agreement with Renault and Fiat on the joint construction of a plant near Moscow for the production of light commercial vehicles (LCVs). The carmakers intend build from semi-knockdown (SKD) kits in the first phase of implementation but the aim is to move to full production with 100% localisation, according to the sources at ZYL.

The company said production of Renault and Fiat models could start in Moscow at the beginning of next year. Full capacity at the new plant stands at 50,000 vehicles per year with the potential for future expansion.

A spokesperson for ZYL said that the company’s subsidiary MosavtoZiL acquired a major stake in the Saratov-based carmaker Himeks to support the implementation of the project. Himeks has a ‘sleeping agreement’ on industrial assembly. The agreement gives ZYL and its partners the right to import almost all components at 0% customs duty.

“In future the parties aim to increase the localisation of the project, so in the coming year the SKD assembly should be transformed in the full cycle automotive manufacturing,” said a representative of the project. “Even taking into account the fact that ZYL is able to import automobile parts at the custom duty of 0%, this will enable the partners to cut spending on logistics.”

ZYL noted that the two carmakers will share the capacity of the new plant equally and will produce 25,000 cars per year each. It is expected that the first cars to be assembled in Moscow will be the Fiat Ducato and Renault Master. However, the representatives of the project added that some details may change before the end of this year, when the final agreement on the implementation of the project is due to be signed.

The main investor of the project will be ZYL, which could provide 50% of all expenditure on the construction of the plant, though a figure has not been disclosed. According to Vladimir Bespalov, analyst at Russian commercial bank VTB Capital, construction expenditure for the assembly of 50,000 cars per year could be worth around $200m.

ZYL is one of Russia’s leading vehicle manufacturers but in recent years has been suffering serious losses. In an effort to improve the situation the company has become actively engaged in looking for partners for new projects. In autumn 2012 the company signed a preliminary agreement on contract assembly of commercial vehicles with Hyundai but that deal has now been terminated. ZYL also held talks with PSA Peugeot Citroën on the same subject, but the French carmaker abandoned the plan.