Renault-Nissan has said it will launch the duty-free export of the Duster SUV to Vietnam from its Avtoframos facility, near the Russian capital Moscow, within the next two years. Preliminary estimates suggest the carmaker will export between 15,000-20,000 vehicles there a year. The company has also said it will launch complete knockdown (CKD) exports of the Duster next year for reassembly at the Nissan joint venture facility in Vietnam in 2016.

The head of Renault Russia, Andrei Pankov, said the export of European brand vehicles to emerging markets from Russia would set “a unique precedent”. 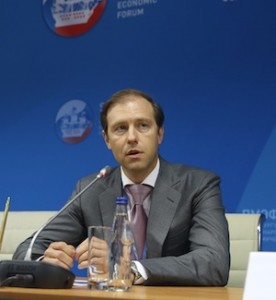 The preliminary agreement has been set up with the support of the Russian government, which is currently looking to help foreign carmakers with assembly plants in Russia given that most of them are suffering losses because of the devaluation of the Russian ruble.

Approval on the export of the Duster was given by the Russian Minister of Industry and Trade, Denis Manturov, who specified that supplies should be launched in the second half of 2015.

"As the Renault Duster has certain exclusivity in terms of the production site, we gave Avtoframos the right to supply these vehicles within two years, duty free, to the Vietnamese market, with subsequent localisation at Nissan’s local plant,” stated Denis Manturov (pictured).

Dusters made from Russian–sent CKDs at the Vietnamese facility will also be exported to other Asian countries. The joint venture plant with Malaysian Tan Chong Motor Holdings, is supplying Malaysia, Cambodia, Laos and Myanmar.

The latest agreement will boost production at the Avtoframos plant as Renault Russia is currently facing serious problems thanks to a dramatic drop in sales on the Russian market. According to official statistics, for the first two months of 2015 Renault sold fewer than 5,700 units of the model, while during the same period last year that figures was above 13,000, meaning the company has sustained a drop in sales of more than 56% year-on-year.

Renault Russia has confirmed that the current situation in Russia is forcing it to consider export supplies to other markets to make up for the loss in sales. Renault Russia is already supplying vehicles to Belarus and Kazakhstan, which are part of the customs union with Russia.