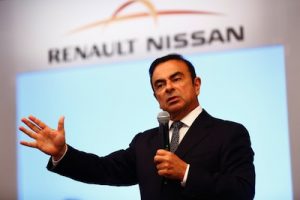 Plans announced for deeper convergence by the Renault-Nissan Alliance could lead to further integration of supply chain management, in-plant organisation and production control, functions that are currently managed separately at the carmakers, according to details within an Alliance statement and a source at the carmakers.

Last week, Renault Nissan said it would accelerate efforts to work together across purchasing, manufacturing and logistics operations, research and development, and human resources. The companies have set a goal of realising €4.3 billion in annual savings between them by 2016. Executives have been appointed to lead the projects.

A statement by Carlos Ghosn, Renault-Nissan chairman and CEO, has suggested that the projects will focus on areas where the carmakers work together already. “With the new convergence projects, we will continue on the same path and with the same principles of respect and transparency – at an accelerated pace,” he said.

But while full details are being held back until internal company announcements later this quarter, there are indications that cooperation in logistics, supply chain management and in-plant efficiency will play an important role, and could include management integration where there currently isn’t.

In the release, the Alliance targeted further savings in manufacturing and logistics, citing in particular more rigorous benchmarking, making better use of capital expenditure through standardisation, improving capacity utilisation and logistics efficiency. Shouhei Kimura, corporate vice-president for vehicle production engineering at Nissan, will lead the initiative.

The Alliance already has a shared logistics function, created in 2009 as part of a new Alliance Office setup by CEO Carlos Ghosn to accelerate integration. This included the creation of Alliance Logistics Europe, which combined purchasing and operational control of inbound and outbound logistics across Europe, Russia, Turkey and Africa. Frans Kroon was recently appointed vice-president of the organisation.

While Alliance Logistics Europe covers inbound and outbound, Renault and Nissan have kept separate supply chain management divisions, which have responsibility for production control, in-plant logistics and other supply operations. A source at the companies has indicated that these would now be integrated further.

Although details could not be confirmed until internal plans were released, bringing these functions together would have implications for how the companies standardise things like returnable packaging, in-plant and warehouse material handling operations, as well as warehousing and production IT systems.

More global scale and platform sharing
Other areas of deeper integration could also have impacts for logistics and supply chain. Renault Nissan’s purchasing organisation, which has been combined for more than a decade, will also accelerate its search for economies of scale for the companies and suppliers globally, including those in France, Japan and what the company termed “key growth markets”.

Christian Vandenhende, managing director of the Renault-Nissan Purchasing Organisation, will lead the purchasing aspect of the latest project.

The project also seems to pave the way for yet more shared production, platforms and parts sharing, which the company already does for a number of plants and models. A new project leader was appointed for R&D convergence, Tsuyoshi Yamaguchi, who is the director of common platforms and parts for the alliance.

Renault Nissan has said that the details of the project are expected to be presented to the appropriate representation and corporate management, and confirmed by the end of the first quarter this year.