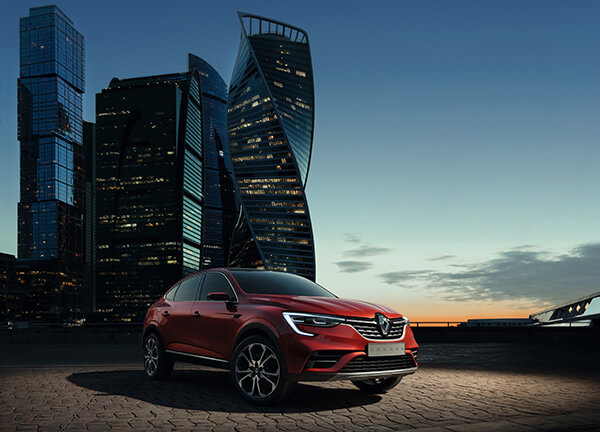 Renault has announced plans to start a home delivery service in Russia for vehicles sold via its online showroom.

The French carmaker told Russian newspaper Vedomosti that the start of the home delivery service would coincide with the release of the Renault Arkana (pictured) in May this year. It will make Renault the first carmaker in Russia to offer home delivery, although a number of dealerships already do so.

Renault has been running an online showroom in Russia since 2016 and in 2017 introduced a partial prepayment option for customers who wanted to book their new vehicle online. The new home delivery option will be available for those paying fully for their vehicles in advance, it has confirmed.

Promoting the online showroom is part of Renault’s sales development strategy in Russia. It has already sold 27,000 finished vehicles via the site – primarily Renault Kaptur and Renault Duster units.

Overall, Renault sold over 137,000 cars in Russia last year, according to figures from the Association of European Businesses (AEB). That made it the fourth biggest carmaker there in terms of sales, with a market share close to 7.6%.

So far, Renault has not provided any details about how it will organise its home delivery logistics or whether home delivery will incur additional costs.

The Russian dealers already offering online purchasing with a home delivery service include Favorite-Motors, one of Moscow’s biggest dealerships, which has been providing the service since 2016 for Volkswagen, Kia, Skoda and Citroën, among other brands. It treats home delivery as additional option that customers pay for separately, if required.

The growth potential in this niche is huge: in the future, up to 20% of all vehicles could be sold and delivered to customers this way, suggests Favorite-Motors.

Several other Russian dealers have also been looking at the option of full prepayment for vehicles sold in online showrooms, including GK Rolf and GK Avilon. So far, however, it is unclear whether they, too, will be providing a home delivery service, although GK Rolf has said it recognises there will be a bright future for online sales in Russia.