Renault steps up exports of vehicles and components from Russia 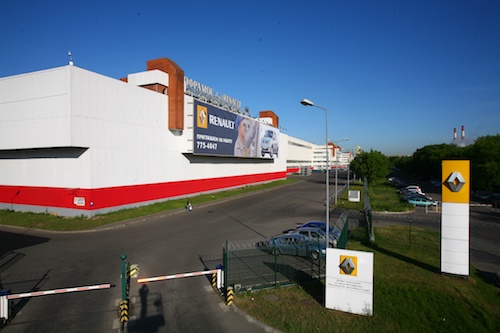 Renault is looking to conduct its first exports of Russian-made vehicles to six Gulf countries this year, Andrey Pankov, director general of Renault Russia, has revealed.

Speaking at a press conference in early April, Pankov said the company was continuously seeking to develop exports of both finished vehicles and components to countries outside the CIS region.

“In light of the [government] strategy for the development of the country’s automotive industry, which is aimed at ensuring import substitution and increasing the competitiveness of Russian products [on the global market], exports are gaining in importance [for Renault],” he said. “For the first time, finished vehicles of ours manufactured in Russia with a high degree of localisation will be exported to markets outside the CIS.”

Pankov suggested exports were becoming more attractive for the company as a direct result of government support, adding that last year, Renault had managed to expand its export markets to include Vietnam, Kyrgyzstan and Armenia. Prior to 2016, Renault Russia exported vehicles only to Belarus and Kazakhstan.

The OEM also did well last year in terms of components exports, Pankov stated, including the export of 1,000 car bodies from the Tolyatti plant of AvtoVaz to Renault Algérie Production in Algeria. This year, it plans to boost this figure to 14,000 units with further gradual increases to come, he said.

According to Pankov, this export project is one of the largest in the Russian automotive industry. Information from the OEM’s press office suggests car bodies are moved in containers by rail from Tolyatti to Novorossiysk, before being shipped to the Algerian port of Arzew.

During 2016, Renault Russia started exports of finished vehicles to Vietnam from the Avtoframos plant in Moscow (pictured) and this year, it also began export of automotive kits there by sea from St Petersburg. These exports are managed by freight forwarding company Modul.

The deal has been actively supported by the Russian minister of industry and trade, Denis Manturov, who said it had been enabled by a free trade zone arrangement set up between the Eurasian Economic Union (EEU) and Vietnam last year that included lowered customs duties. Renault Russia was the first of the country’s carmakers to export to Vietnam, Manturov said.

Russia is currently evaluating a similar potential deal with Egypt, he added.