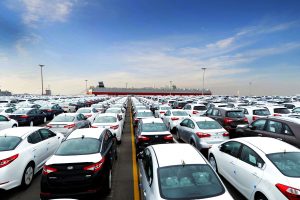 The maritime car carrier sector has failed to return to the levels of activity in place before the global economic crisis, a report issued at the end of last year by Clarksons Research has suggested.

Much of this slowdown can be attributed to a major reduction in imports by developing economies, which in itself is linked to a fall in the price of raw materials on which many of them depend. Indeed, the number of maritime imports of finished vehicles to the Middle East, Africa and South America was down 10% last year.

In stark comparison, North America and Europe retained their positions as the main finished vehicle import markets, growing by 2% and 4% respectively. This growth was not sufficient to offset volume decreases in other markets, however.

There is also a notable trend towards building larger numbers of finished vehicles ever closer to the target market, meaning fewer units now need to be moved by sea.

The financial position of many car carrier lines is deteriorating, noted the report. Whereas the larger ones are locked into long-term agreements, charter rates for a 6,500 CEU vessel once again fell to around $16,000 per day by the end of 2016, giving an overall drop of some 30% during the year.

Larger numbers of car carriers are being laid up, putting greater pressure on active vessels, although the time between loads is growing, too. Other trends have included a move towards shorter notice periods prior to loading and more punctual sailings.

Older vessels are being scrapped, with around 200,000 CEU of capacity expected to have been withdrawn during 2016 – four times more than in 2015 and the highest level since the global economic slowdown began in 2009. The overall size of the car carrier fleet went down by 0.3% in 2016.

New car carrier orders in 2016 amounted to just two vessels; in 2015, orders were placed for 42 vessels.