Right at the heart of it all

Part three of our Automotive Logistics special report on Mexico: the rise of ‘global’ products means the country is on course to handle more material imports and exports 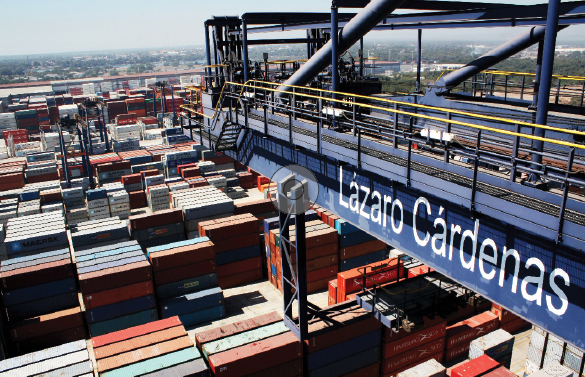 Mexico is starting to see more intercontinental automotive part flows. This is especially true for carmakers building ‘global’ products in Mexico, such as Ford’s Fusion and Fiesta, and Chrysler with Fiat and van products. It is also set to be increasingly the case for Nissan. For Ford, especially, the result has been dramatic; Mexico now supplies 13% of its global parts, the second largest source of material across the company after the US at 25%, according to Rafael López.

“We are supplying from multiple sites,” he says. “We consolidate our imported and exported material in San Luis Potosi.”

GM, which currently builds pick-up trucks and Cadillacs more common to North America, has yet to use Mexico as a global sourcing hub in a big way, says Elliot Swiss. Meanwhile, just 3% of the freight consumed by the carmaker’s Mexico plants comes from outside the NAFTA region, he adds. [sam_ad id=6 codes='true']

Fiat Chrysler’s supply chain in Mexico is more international by freight loads than its plants north of the border: 7% of freight moving to Mexican plants (or 11,000 annual loads) is from beyond the NAFTA region, compared to just 1% (6,000 loads) for Chrysler’s plants in the US and Canada, says Mercedes Figueroa. Fiat Chrysler now consolidates Mexico-bound parts from outside North America at four global locations: 85% of freight is shipped from Salerno and 10% from Genoa, Italy; 4% is brought from Poland and 1% from Brazil and Argentina combined. 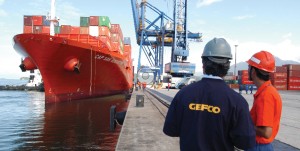 Cudia oversaw the implementation of similar platforms in Slovakia and China, which eventually grew to consolidate hundreds of suppliers. Mexico will start modestly, with about ten suppliers and ten containers per month. “Brazil and Argentina are currently suffering, particularly for PSA, so the volume will be conservative, but we expect it to ramp up,” Cudia says.

Gefco will manage the collection of materials for consolidation at Toluca, before exporting from Veracruz. “It is a good opportunity for Gefco Mexico because it allows us to mix our different activities in a complex logistics chain, from transport to warehouse management, overseas shipping and customs clearance,” adds Cudia.

While the project launches this summer, Gefco has already been dipping its feet in Mexican waters, mainly with import and export business as well as some inland transport. Although it has more than 20 clients in a variety of sectors, volume from an unnamed automotive tier supplier and truckmaker makes up a majority of revenue.

“For the tier supplier, we have three lines from Germany, Hungary and the UK going to Mexico, as well as a return line to the UK,” he says. “There is huge potential here, as the supplier has many plants in Mexico.”

Only a few suppliers from Mexico are currently exported for Fiat Chrysler, but that may change. “If, in the future, we get new platforms, including in Brazil, China and Toluca, I assume this will drive parts exports from Mexico,” Figueroa says.

Chris Styles predicts that increasing volume across common platforms at Renault Nissan will drive more sourcing out of Mexico.

“We expect more than double the growth in global parts export from Mexico this year as we had last year,” he says.

Renault Nissan has an international parts centre in Aguascalientes, where parts are packed and processed for export to South America and Europe, and imported containers are received. Nissan also has a spare parts centre in Toluca for distribution in Mexico and South America. According to Daniel Saenzpardo, Nissan’s major ports are the Pacific coast ports of Mazanillo, which is used for parts coming to Aguascalientes, and Lázaro Cárdenas, which is used for parts destined for its plant in Cuernavaca, south of Mexico City.

“For Europe and South American procurement, cargo is moved in full container loads for parts and as break bulk in case of steel coils,” Saenzpardo says. “Drayage from ports to our facilities move 100% over the road to meet expected transit times.”

According to Sofia Garcia, the rise in global material flow is helping Nissan increase its loading efficiencies. She points not only to combined flows with Renault, but also to Jatco, a Nissan subsidiary that builds transmissions and which is opening a second plant in Aguascalientes this August. “We share several logistics platforms with Jatco and it helps us to include additional cargo in our loads,” she says.

Port capacity is a potential constraint for manufacturers increasing material imports or exports. For Toluca, Fiat Chrysler uses the east coast port of Veracruz for 70% of material and Lázaro Cárdenas for the rest. For Saltillo, all material moves through Altamira.

GM sends most material through Manzanillo, with smaller amounts through Lázaro, Veracruz and Altamira. Figueroa and Swiss say the main ports face sporadic delays, which they fear will increase as volumes rise.

With the increased material from Europe, Figueroa says Fiat Chrysler has been able to negotiate more direct routes with shipping lines, which was particularly successful for the Ram ProMaster in Saltillo. Increases in flows for other OEMs could also drive more demand for direct services to Mexico. Although the US-Mexico border remains a critical automotive trade lane, Mexico’s connections to other regions, particularly Latin America, but also Europe and Japan, are also strengthening.