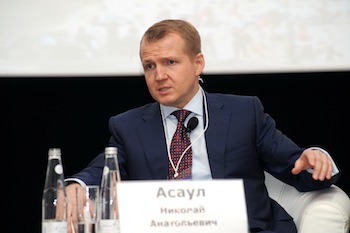 After several weeks of hard negotiations, Russia and Poland have finally reached an agreement on the issuing of permit quotas required for trucks to carry freight between the two countries.

"We have signed a protocol on the quotas of mutual permits we are completely satisfied with,” said Nikolay Asaul, deputy head of the Russian transport ministry. “It corresponds to the volumes that have been operated over the previous three years, as each side received 170,000 permits, including 30,000 permits for third countries.”

The dispute concerned the fact that Russia had simultaneously increased the penalties for violation of the permits, and reduced the number of permits available for Polish hauliers. Russia had also requested an unlimited number of transit permissions for Russian trucks, which make comparatively fewer journeys into Poland. The latest agreement means the dispute has been resolved, at least for now, but this is not the first time Russia and Poland have disagreed over permits.

A spokesperson for Russia’s transport ministry said at least 80% of all deliveries of automotive components from Europe to Russia go via Poland.

“In recent years, a percentage of goods from Europe has been imported to Russia with a formal re-registration in Poland, involving preferential bilateral permits,” the ministry source said. “[The goods] should be imported with less preferential constituent permits. Since January 1st, Polish carriers have been fined for these [preferential permits].”

One of the main results of the recent negotiations is that Poland withdrew its statement that said the Russian customs legislation brought in in January 2016 discriminated against transport companies based in Poland. At the same time, customs officials in Russia believe that within the new agreement, re-registration in Poland would be too risky. For some customers, the delivery of goods to Russia is likely to increase in cost.

The full details of the negotiations have not yet been fully disclosed, but there are doubts as to whether Poland will agree with Russia on this point.

Margarita Gorsheneva, director of business development at QB Finance, said it was most likely that alongside the bilateral agreement reached, there have been some informal arrangements made in the interests of resolving the issue sooner rather than later. “It is possible that we are talking about an easing of the level of control over goods transported by Polish companies," she said.

No alternativeThe latest dispute over haulage permits has been running for two months. The Association of International Automotive Carriers (ASMAP) estimates the cost to both Russian and European businesses to be around €16m ($18.2m), because of the additional logistics spend required on alternative routes.

The crisis has highlighted that there are no realistic alternatives for bypassing Poland in the delivery of automotive components from Europe to Russia.

Soon after the dispute began, European goods were redirected via Ukraine, but on February 11th, groups of Ukrainian activists initiated a blockade of any truck traffic destined for Russia.

Freight was also redirected onto Baltic short-sea ferry routes, but this was more costly, adding between €300-€500 per truck, compared to delivery via Poland; at peak times the cost was between €1,300-€1,500 more.

"Queues at the ferries were huge, while trucks were having to wait for a few days, or even weeks [to get on the ferry]," noted Kirill Sheglov, head of inland logistics, Geodis. He added that the local transport system was unprepared, leading to lengthy bottlenecks.

The latest dispute is not unprecedented given the similar situation in 2011. This time however, it was worsened by various geopolitical tensions in Europe, including the movement of refugees and tighter border controls. Market analysts have said that Russia and Poland will have to discuss new permit quotas again next year, and it is by no means clear if old tensions will surface again.