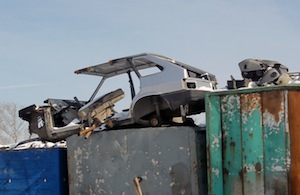 The Russian government is promoting the sale and production of cars in the country with the introduction of a recycling (or utilisation) programme, designed to increase the demand for new cars. The programme is akin to those rolled out across international markets during the last economic crisis.

The programme involves all vehicle categories, from passenger cars to commercial vehicles, including trucks and buses. Customers will receive a discount on the purchase of a new vehicle if they submit their old one via the utilisation scheme – by sending it to a recycling plant – or through a trade-in system with a dealer.

For example, owners of light passenger vehicles will receive RUB 50,000 ($1,302) when they send their car to the recycling plant directly, and RUB 40,000 ($1,042) when they use the trade-in system via the dealer. The level of discount does not depend on the value of the old car, but varies according to vehicle type.

“We expect that the utilisation programme will support the level of sales, which has been decreasing over recent months,” said a spokesperson for the Russian ministry of industry and trade. “According to our forecast it will mean domestic and localised producers increase the volume of production this year, and ensure the further growth of investments in the country’s automotive industry.”

The budget funding of the programme is set at RUB 10 billion ($260m). OEMs that have localised production Russia have already announced their participation in the scheme, including Nissan, Datsun and Hyundai. The programme has also been welcomed more generally across the industry.

"Clearly, the utilisation programme will have a beneficial impact on the car market and will increase demand,” said Alexei Barinov, head of sales at automotive dealer, Rolf. “However, this programme is more focused on regional dealers. In Moscow and St. Petersburg the car fleet is younger, so the impact in these cities will not be so noticeable.”

Alexei Tusov, vice-president at dealership, AutoSpecCentre, believes that the programme should help domestic OEMs break free of market stagnation and expected all carmakers to participate.

In June 2014 the Association of Russian Automotive Dealers (ROAD) requested that the government resume its programme of preferential car loans, and now dealers have joined the call. The ministry of industry and trade closed the original scheme in December 2013, arguing that its main targets had been met. According to ROAD, the cancellation of the car loan programme was one of the main reasons for the year-on-year fall in sales at the beginning of the year, including for popular brands: Ford fell by 56%, Citroën 40%, Honda 41% and Peugeot 39%.