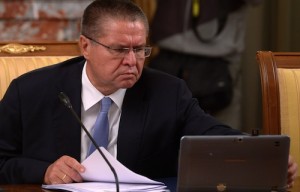 Russia is working to conclude a number of contracts with Iran to launch the export of so-called non-primary goods, beginning with vehicles and certain types of equipment, according to the country’s economic development minister, Alexei Ulukaev (left). He said that, with the support of business, Russian authorities would look to establish new logistic routes for such supplies.

“To do this we have to think about expanding the current logistics capabilities between Russia and Iran,” added Ulukaev. “We need to create the ability to use, not only the traditional sea route through Astrakhan to the Iranian ports, but also the new routes, which involve in particular the port of Makhachkala."

The port of Makhachkala on the Caspian Sea in southern Russia, near Azerbaijan.

Ulukaev also said that agreements on the launch of supply by rail through Central Asian countries are also under consideration.

The supply of vehicles to Iran is expected to be opened up for foreign carmakers based in Russia as well as domestic OEMs, but so far none of the major producers have commented on the proposals. In general, Russian experts have suggested that the supply of cars to Iran would not be very profitable in terms of logistics spending.

"It always comes back to the cost of logistics and supply of cars [to Iran]; it can only really be launched if [the logistics cost] is reduced,” said Ivan Nechayev, an analyst at Russian Automotive Consulting. “There is speculation that the government may subsidise rail transport or negotiate on the reduction of import duties in Iran under the forthcoming agreement, but at the moment these are only rumors. At the current logistics costs the supply of cars to Iran seems unprofitable."

At the same time, a source in the Ministry of Economic Development suggested that the delivery would be beneficial for carmakers that have production facilities in the Caucasus region of Russia.

He added that for those carmakers the supply could be profitable because of the proximity of their production capacities to Iran. Again, representatives from these companies have not commented on the possiblity so far.