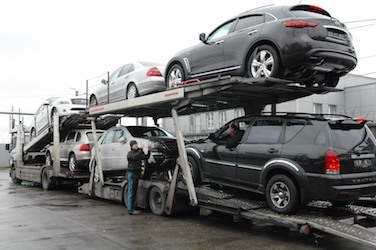 The Russian government will not cancel logistics subsidies for the automotive industry, although all other “targeted subsidies” currently allocated to carmakers and components manufacturers will cease, Russian vice-prime minister Dmitry Kozak, revealed during an industry meeting in Moscow, December 7.

Kozak explained that carmakers had asked the federal authorities to keep the logistics subsidy in place, but revealed that it was due to be allocated based on new rules, in order “to prompt carmakers” to further increase export supplies.

The Russian government and OEMs have reached an agreement on the terms of the state support programme that would replace the industrial assembly agreements, Kozak claimed. The negotiations on these terms have been taking place throughout 2018. All details of the new state support schemes are to be published this week, according to Kozak.

[mpu_ad]Special Investment Contracts, commonly known as SPICs, should become a basis for the new state support programme in Russia, according to Kozak. Russian carmaker GAZ Group became the first OEM that signed a SPIC with the Russian government. Federal authorities in Russia plan to sign SPICs with all carmakers operating in the country, Kozak stressed.

One of the key targets of the new state support programme is to promote the export of competitive products made in Russian in the global market and here is where the logistics subsidy is needed, according to Kozak. The logistics subsidy would be allocated both to the companies that have already been receiving it and to the companies that were only planning to begin exporting supplies from Russia, Kozak said.

The Russian government is not revealing any information regarding the payment of a logistics subsidy. In 2016, the federal budget spent Rub3.3 billion ($60 million) to reimburse costs associated with finished vehicle and components export from Russia. In general, it is believed that this figure was higher in 2017 and 2018 due to the overall growth of Russian vehicle exports.