Russia moots switch of auto parts from Turkey to Serbia

Russia's deputy prime minister, Dmitry Rogozin, has revealed that the government in Moscow is seeking to move the manufacture of automotive spare parts for major domestic vehicle producers from Turkey to Serbia. 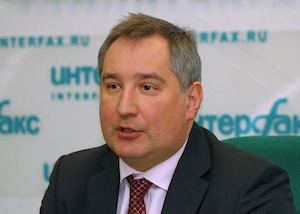 “Until now, these car components were manufactured in Turkey,” Rogozin told the Sputnik news agency. “We believe that the Serbian [auto] industry is capable of producing them.”

Two brands, in particular, were singled out as being potentially affected by the proposed move:  the leading carmaker AvtoVaz and the top truck manufacturer Kamaz.

Clearly, the decision to source components elsewhere is linked to the bringing down of a Russian military aircraft by the Turks in late November last year, as part of the conflict in neighbouring Syria. However, an embargo placed on many Turkish goods is causing concern in Russia's automotive community.

Producers in St Petersburg made public their worries in December regarding the fact that automotive parts from Turkish automotive parts manufacturers were not getting through to their plants.

The scale of the business involved was revealed in figures made available by the Turkish Exporters Assembly (T?M), which indicate that, in 2014, Turkish producers exported automotive spare parts worth around $800 million to Russia.

Banning Turkish imports clearly comes at a price. The deputy mayor of St. Petersburg, Sergei Movchan, for example, has already contacted Russia's Federal Customs Service to ask that Turkish-made auto parts be allowed to enter Russia or risk all automotive production grinding to a halt. Locally-based producers assemble around 400,000 cars annually, accounting for 22% - 24% of domestic production and creating employment for 8,000 workers.

Lada, Russia’s leading manufacturer, has also flagged up concerns, following a failure to receive parts and components from Turkey during December.

In 2015, car sales in Russia plummeted by 43%, as local economic difficulties saw the strength of the rouble decline, along with a concomitant drop in purchasing power by citizens.