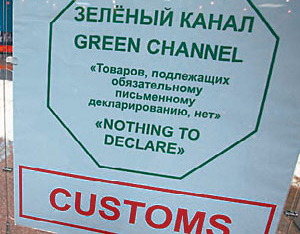 The Russian Federation has been experimenting with a more light-touch customs clearance procedure for certain importers, including a number of carmakers and tier suppliers. The benefits of this status include a significant shift to ‘post control’ customs clearance, which means that manufacturers could import material directly to factories and defer the documentation and payment until after it has already been used.

The decline in the market may also be prompting flexibility from the Russian government in terms of deferring localisation targets agreed between the ministry for economic development and manufacturers – targets which were agreed in exchange for preferential import tariffs. [sam_ad id=6 codes='true']

Speaking at the Automotive Logistics Russia conference in Moscow this week, Wilhelmina Shavshina, legal director and head of foreign trade regulation for DLA Piper, said the Russian customs authorities set up a ‘White Sector’ in the fourth quarter of 2013 that includes companies deemed as low risk. These companies are evaluated based on a number of measures, according to Shavshina, but automotive appears to be among the preferred sectors. So far, eight carmakers and four tier suppliers have been included.

The benefits of this status are myriad. They include a lower level of risk profiling, as well as much more flexibility in filing documentation, though Shavshina cautioned that the procedures are still in an experimental phase and reserved for an exclusive set of companies. That said, the customs authorities are encouraging companies to take advantage of the status. “I know from some of my clients who have the White Sector status that they have felt as though the customs authorities have forgotten about them for most of the last year,” she said. 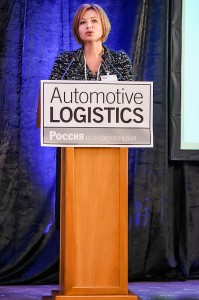 Shavshina added that it is also possible for logistics providers to achieve this status, rather than only the official importer.

In principle, the White Sector companies are part of an automated system that should also reward low risk, compliant companies over time.

“My hypothesis, although I cannot yet confirm it, is that with each passing year the system will remember and reward companies who have been in compliance,” said Shavshina. “The number of risk profiles should therefore decrease for these companies each year.”

Shavshina, is currently working with the Russian government to develop customs rules for the Eurasian Customs Union, which includes Russia, Belarus and Kazakhstan.

She said that companies who have already been accorded the status of ‘authorised economic operators’ (AEO), which allows them to clear customs on their own premises, are more likely to gain the ‘white’ status. Combining this status looks as though it could make customs much less burdensome than has been traditional for the Russian Federation. “Russian authorities view the need to improve the situation and to meet the levels of best practice internationally,” said Shavshina.

“The most attractive is perhaps the opportunity of manufacturers to have goods delivered directly from the border to the site of an AEO, where material can go directly into production without any restrictions on the sale or use of the production.

“Such operators will save significant time and money, as there is no temporary warehousing required,” she continued. “It will be interesting for financial people too, since under this system you can wait until the 10th of the following month to file a customs declaration, and then you have until the 10th of the month after to pay any tariffs. That means there is a kind of interest free deferred payment.”

Localisation a priority, but a flexible one
The Russian government has been particularly concerned with increasing levels of localisation for manufacturers, including signing agreements with a number of carmakers and tier suppliers that targets specific localisation levels in exchange for zero customs duties for parts imports up until 2020 (decree 166 for OEMs, and 566 for tier ones). With the decline of the Russian market, however, there are questions over whether these manufacturers will be able to reach their targets by 2018 as required. According to Alexander Rogan, CEO of Russia Supply Chain, a consultancy, some companies have varied their localisation policies in response to the depreciation of the rouble following the crisis with Ukraine.

“Some companies are pushing localisation very aggressively, with levels of 70-80%, while other carmakers have halted localisation in response to the crisis,” he said. “I cannot confirm what the government thinks, but I suspect there has been a nod from the government since the consequences of not meeting the localisation targets would be billions of roubles in back taxes.”

Shavshina pointed out that those carmakers and suppliers who have signed localisation agreements would be more likely to gain white sector and AEO status. She also suggested that the Russian economic ministry was more likely to be flexible with manufactures than draconian over the targets.

“It is rather difficult to achieve the target percentage of localisation, but in terms of enforcement the customs bodies and ministry for economic development are ready to consider redrafting the contract terms with manufacturers if they can’t achieve the percentage on time,” she said.