Russia on its way to join the global automotive trade war 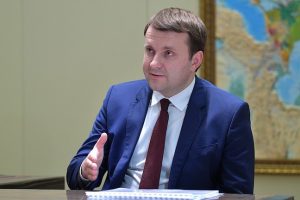 The Russian government is considering protective duties against US finished vehicles according to Maxim Oreshkin, Russia’s economic development minister (pictured). Oreshkin held a press conference in Moscow on June 25 and said the country could introduce duties ranging between 18% and 20% in response to the US decision to raise duties on Russian steel and aluminium.

However, finished vehicle imports from the US have been falling rapidly over the past few years. In 2017 imports of finished vehicles from the US to Russia were worth some $90m, 16 times lower than they were in 2014. Autostat said it expected the introduction of an additional 20% import duty would completely kill the trade.

The carmakers listed by Autostat refrained from commenting on what effect the protective duties announced by Oreshkin could have on their business.

Duties against US brandsAn additional concern is whether Oreshkin was talking about US domestic brand vehicles regardless of whether they were actually made in the US or elsewhere globally. The Economic Development Ministry has refused to share any more details on what was meant by “US finished vehicles”.

Roman Tkachyuk, a senior analyst at Autostat, warned that new protective duties could be a serious blow for Ford and GM. These companies have a strong foothold in Russia and the proposed duties could lead to a price hike, Tkachyuk said. Over recent years these companies have been also hit by competition with Korean and Japanese brands in Russia, and the protective duties would affect not only their business, but also the business of their partners in the local market, Tkachyuk added.

Several reasons for the dutiesRussia has notified the WTO about its intention to introduce protective duties against imports from the US. Russian government agencies have said the country is seeking to charge an additional $537.6m on products worth $3.16 billion.

However, in early June, Vladimir Putin signed a law authorising the federal government to introduce trade restrictions against the companies owned or controlled by US citizens. That law was drawn up as a response to the sanctions that the Trump administration entered against a group of Russian companies, including Gaz Group.

The Russian government has not enacted any tariffs yet and not said which products might be subjected to an increase, but Russian economists and political analysts have listed finished vehicles and automotive components as goods that are likely to be charged extra.