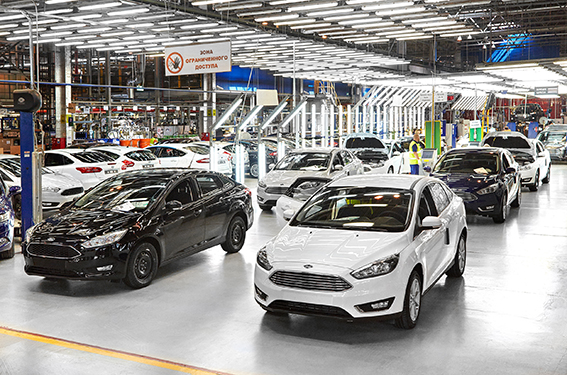 OEMs’ eligibility for Russian state support, including tax breaks on components imports, will be determined from 2019 via a new points-based system to estimate vehicle localisation levels, the country’s Industry and Trade Ministry announced at the beginning of August.

The new system will replace the percentage-based model used for more than a decade under the country’s outgoing industrial assembly agreements, also known as Regulation 166 agreements.

The government will provide state support only to OEMs whose finished vehicles are deemed to be of Russian origin, which will depend upon them scoring at least 100 points under the new system in 2019 and 150 points by 2025, the ministry confirmed.

Points will be awarded for localising the supply of certain components. Localised engines or transmissions used in finished vehicle assembly, for instance, will be worth 40 points. OEMs running a research and development business in Russia will score an additional 20 points; and a further 20 points will be granted to those using localised aluminium or electronic systems in their vehicles.

The new approach is expected to encourage OEMs to invest in localising what the ministry refers to as “critically important components”.

Volkswagen, Renault and Ford Sollers (pictured) have already localised production of engines and the ministry expects they will now begin investing to produce other components including transmissions and control systems in Russia, it said.

The Russian government has not revealed exactly what kind of state support it will be providing to OEMs whose vehicles meet the criteria to be deemed of Russian origin. But the ministry has said that breaks on import duties for automotive components must be abolished for good to meet the obligations Russia took on as part of its WTO (World Trade Organization) membership.

The ministry has recently designed and published a draft decree, however, proposing to compensate OEMs for up to 90% of the costs faced by assembly plants as a result of the increased import duties. This measure has yet to be adopted and it is unclear whether it would apply only to companies meeting the requirements of the new points-based system.

Russian newspaper Kommesant has suggested most OEMs feel discouraged by the new requirements. OEMs cannot generally see how it will be economically feasible to localise engine or transmission supplies further while both domestic and international demand for vehicles remains lower than government expectations, it said, despite a recent recovery. The newspaper also went on to suggest that only the Renault-Nissan-Avtovaz alliance would actually be able to exceed the new localisation targets.