Russia plans to double car exports with upgraded infrastructure by 2020

Russia plans to almost double its car exports by 2020 and make them account for 25% of total production volume by 2025. Russia’s minister of industry and trade, Denis Manturov, said recently that the launch of a programme designed to stimulate export logistics this year will most likely be continued over the coming years. 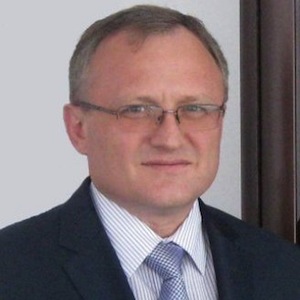 "A promising direction is the increasing of [car] exports, especially given the current exchange rate of ruble,” said Manturov. “In the medium term of three to five years it will be necessary to support this vector within current budget commitments to double car exports by 2020, while by 2025 we aim to bring it from the current 7.7%, to 25%".

With a production target of between 2-2.5m cars, the aim is to get Russia to export at least 500,000 cars per year within the next decade. Market experts suggest that to meet that aim, there will have to be investment in the upgrading of port and railway infrastructure, depending on the destination of the exports.

“In my opinion, the need for investment [in infrastructure] will largely depend on export geography,” said Evgeny Korzh, head of the finished vehicles logistics department at Gefco Russia. “Today, most export supplies are for Belarus and Kazakhstan, with small deliveries to the countries of the Caucasus also. It is obvious that the expanding of this direction will not require additional investments.”

Current projects underway at the ports around St Petersburg also mean that by 2020, there will be enough capacity to handle increased exports.

“The terminal for ro-ro cargo at Port Bronka is currently able to process 130,000 units per year, but in 2017 we will be able to process 260,000 units,” Andrey Novikov, deputy head of sales and marketing at Fenix, which runs the port, said. “There are also terminals in Petrolesport, Yug-2 in Ust-Luga and a terminal in Novorossiysk. So in the near future I do not see the need for investments.” He also doubted that Russia would be exporting 500,000 cars via seaports by 2025.

Representatives of the port of Ust-Luga added that increased exports could be processed in the areas formerly reserved for imports.

“I think that in quantitative terms, the increase in exports of cars is much less than the overall decline in imports,” said Oleg Dekhtyar, deputy director general for commercial affairs at the Commercial Sea Port of Ust-Luga. “Most of the areas used for processing imported cars are loaded with no more than half. In addition, I am 100% sure that the vast majority of these exports will go to CIS countries, where low demand and falling national currencies make our vehicles more competitive than from other countries. This means that the export of motor vehicles will be carried out mainly by rail rather than by sea.”

Where investment in infrastructure will be needed is in supporting exports from the south of the country.

“With regard to Novorossiysk, the situation is not so simple,” said Gefco’s Korzh. “The capacity of the port, especially in terms of the handling of cars is very limited. Therefore, the need for investment here is most likely. At the same time, in the south of Russia there is a project underway to build a port terminal in Temryuk, which in the near future will handle cargo from the port of Novorossiysk and generally expand capacities of the southern logistics gates of Russia.”