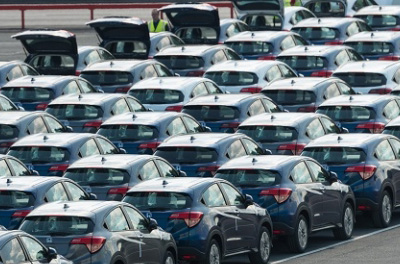 The Russian government has disclosed details of a roadmap designed to promote automotive exports from the country that includes the removal of barriers for foreign exports and better access to supporting financial services. However, while welcome, market experts have said the announcement ignores important measures that would stimulate the development of export supplies. For one thing, the government has abandoned certain subsidies on car exports along with reductions on the import duties for automotive kits and components used in those exported cars.

The head of the Russian vehicle maker Gaz, Oleg Deribaska, said the reduction of import duties and subsidies for logistics expenditure were the most important tools to support automotive exports from the country. Deribaska has been supported in his view by the management of Ford Sollers, and its ex-President Ted Kannis, who stated that such measures “would become the immediate impetus for us for the development of export supplies”. Kannis moved in June this year to become executive director of investor relations at Ford's headquarters in the US.

Nissan’s vice-president of engineering, Kolin Louter, also expressed his hope that the Russian government would discount payments on import duties for components and kits.

However, according to Andrew Tomyshev, analyst at Ernst & Young, Russia’s Ministry of Economy considers the abolition of import duties as an ineffective measure.

“Lower taxes on vehicle sets for export products will not significantly contribute to localisation in the long-term,” said Tomyshev, echoing the views of the ministry. “The export potential may be limited due to the slowdown in CIS [Commonwealth of Independent States] markets, which are tied to Russia, while the promotion of products in foreign countries requires investments in development and an increase of brand awareness.”

Experts also believe that the export subsidies are prohibited under WTO rules and may result in disputes in court. Russian joined the WTO in 2012.

“If the import duties were reduced for individual companies it could become a reason for dispute in the WTO. Export subsidies are also prohibited by WTO rules, but it does not prevent Russia from issuing the relevant law and applying it to such funding until the violation is proved at a WTO court [hearing],” said Ilya Rachkov, partner at international law firm, King & Spalding.

At the same time, automotive producers may receive RUB 3 billion ($50m) for the adaptation of Russian-made cars to the standards of the foreign countries.

The government is also discussing an initiative to reduce import duties on cars sent to developing countries at the expense of their foreign debt to the Russian Federation.

The other supporting procedures proposed in the roadmap include gradual simplification of procedures for obtaining export financing, as the authorities have planned to ‘reduce the requirements on risks in certain countries’ when granting loans to OEMs from the Russian banks.

Gaz has also offered to reduce the cost of refinancing exports to a rate below 5%, a move designed to speed up the mechanism for obtaining concessional funding and to allow the government to subsidise separate export contracts.