Russia sets up SEZ for automotive companies in the Far East 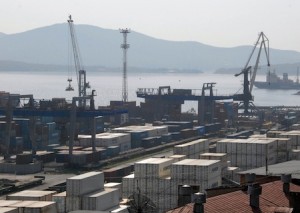 Work is ready to go ahead on a special economic zone (SEZ) for the automotive industry near Vladivostok, capital of Russia’s Far East territory. The main focus will be on attracting carmakers from Korea, Japan and China to launch parts production and complete knockdown (CKD) kit assembly, though the authorities have called on all carmakers to participate in the project.

A draft decree on the project prepared by the Ministry of Economic Development has already passed all the necessary negotiation stages and been approved by the government.

The initial amount of investment on the project is around RUB30 billion ($840m), with a further RUB20bn to be secured from the private investors. According to project representatives, agreements with several Japanese and South Korean parts makers worth RUB 1.1 billion have already been signed.

Investors in the SEZ will be provided with a package of benefits according to the federal law on SEZs, including the use of the customs regime of the free customs zone, as well as benefits on income tax, and property and land tax.

Dmitry Baranov, senior expert of consulting financial agency Finam Management, said the SEZ is was an important project with good long-term prospects, a view backed up by the Russian Ministry of Economic Development, which expects the volume of revenue generated by the SEZ to reach RUB 767 billion by 2023. However, experts warn that the recent political and economical pressure on Russia could see Western companies holding back on plans to invest in launching local capacities for a while.

"Due to recent events in Ukraine, already introduced sanctions against Russia and possible tightening of them, many foreign manufacturers of automotive components may refuse to work in Vladivostok," warned Baranov.

Meanwhile, Sollers Group has been invited to coordinate the SEZ and Ford and Mazda Sollers are already reported to have expressed an interest in the project. Another contributor to the project is Pacific Logistic, which will invest RUB3.7 billion in the construction of infrastructure facilities in the zone.

Companies setting up in the SEZ will be encouraged to build up the level of localisation to 100%.

The Russian government currently spends about RUB3.3 billion on subsidising transport from the Far East regions to its main sales market at the European end of the country.

“The SEZ has an advantage because it takes away the business from the customs space,” said Igor Melamed, an expert at analyst Business Russia. “For automotive assembly, of course, it will be profitable to expand in order to increase the scale of production."