Russia to provide loans to foreign customers for export purchases 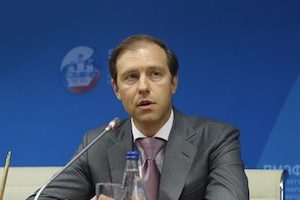 Russia will allocate up to 30 billion roubles ($500m) in the form of soft loans during 2018 for foreign customers willing to purchase finished vehicles made in the country, according to industry and trade minister, Denis Manturov (pictured).

The country’s Ministry of Industry and Trade is also planning to create a network of aftersales services abroad, though the amount of money the authorities are ready to spend on this has not been determined yet.

Both measures are aimed at increasing exports of finished vehicles from Russia and improving capacity utilisation at its assembly plants.

The Ministry said that between January and September this year, assembly plants in Russia had increased their output by 21%, compared to the same period last year. That was in part down to rising export supplies – in the period from January to October they jumped by 52% year-to-year to 33,000 finished vehicles. Russia also managed to export components to a record-breaking value of $1 billion.

Volkswagen exported 15,000 Skoda Yetis and nearly 1,000 VWs over that period, but as the company has recently revealed, it will cease exporting from Russia next year. Meanwhile, Avtovaz exported 7,500 Lada vehicles, though this is far below the figure the company was expecting, given its target of at least 30,000 for the whole year.

The average rate of capacity at Russia’s assembly plants is currently around 40% said Vladimir Bespalov, an analyst at consultancy VTB-Capital. Exports have no chance of growing significantly at the moment but foreign sales are important in cutting exposure to currency fluctuations in Russia, he suggested.

Likewise, aftersales services could significantly improve the reputation of Russian cars abroad, according to Petr Fradkov, president of the Russian Export Center. He said there were a rising number of customers abroad interested in purchasing vehicles from Russia who were put off by a lack of confidence in aftersales services.

Taken together, the Ministry of Industry and Trade expects the new measures to boost vehicle exports from Russia by 240,000-400,000 units a year by 2025.